I want to go home!

I want to go home! is a simple little story that gives a voice to migrant children. It's a different take on the notion that Home is where the Heart is. Ten year old Lerato is drawn to the shy, new girl at school; finding her mysterious and fascinating. As the girls forge a bond, they discover that on the surface, we may all seem different and distant from each other, but if we take the time to share and listen, we will find that we are also very much the same in many ways. Without the prejudices and fears we accumulate as adults, children seem to be able to scratch through these layers very efficiently. The bottom line for kids almost...

38 Reads
0 Favorites
Get the App

The new girl at school didn’t talk much. She didn’t talk at all. She sat in the back of the classroom staring down at her books. She only looked up for a second or two to read what was written on the board. Even as she walked around the playground she kept her head down.

Miss Fletcher, our teacher, said that the new girl’s name was Varya* and that I shouldn’t bother her too much. Miss Fletcher says I’m a chatterbox. She also calls me a fusspot and a busybody. But Miss Fletcher and her name calling couldn’t stop me from being Varya’s friend.

After school I walked home with Varya. I talked and Varya listened. Even though she looked at the ground the whole time, and even though she never smiled or frowned or nodded her head, I knew she was listening. When we got to her place she would give a quick bow and run inside.

One afternoon Varya didn’t bow. She said, “You like to come in?”

She didn’t wait for my answer and I didn’t give one. I just followed her inside and up and up and up the flights of stairs to the unit where she lived.

It was only a small place, and there wasn’t much furniture but there were lots of photos and decorations around the room. Sitting in an armchair was a little old lady. She wore a pretty, brightly coloured scarf over her hair. Her dress was black but it was covered with lots of little coloured flowers. She nodded slowly at me, and even though her mouth didn’t smile, her dark blue eyes did. I smiled at her with my mouth and my eyes as I followed Varya to the kitchen.

“Your grandma wears a scarf like my grandma did. We call it a doek. I used to think that it was only African women who wore headdress. But when we came to Australia I saw that women from all different countries and cultures share the tradition of wearing some sort of headdress,” I said.

The table and chairs were squashed into a corner of the tiny kitchen and I had to really squeeze in to sit down. Varya poured us some milk and squeezed into the chair opposite mine. “I cannot show you my room because my mother is sleeping. She is a cleaner and works at night. Sometimes she works day and night.”

I had always thought that all blue eyes were bright and sparkly and happy but Varya’s blue eyes looked sad. She told me again that she wanted to go home. When I asked her where home was, she said Russia. I had never met a Russian person before. I said that I was sorry that she was so sad, but that maybe one day soon she would call Australia home.

When I got home I told my mum about Varya’s sad eyes. Mum said, “I’m sure your friend will be just fine. She just needs some time to get used to everything.”

When I told my dad he said, “Don’t worry darling. What Varya needs is a good friend and right now I think you’re being just that. You just keep talking to her and listening to her and soon her eyes will be bright and sparkly and happy. You’ll see.”

The next day Varya said that she missed her dad. He was still in Russia, trying to save money to come over with their grandfather and Varya’s brother, André.

“We missed our dad too when he came to Australia without us. He came here by himself to find a job and a house for us to live in.”

Varya was surprised. She really must have thought she was the only migrant* in the world.

“Tell me more, Lerato!” She cried. She pronounced my name properly. She didn’t think I had a funny name and she didn’t ask me if I had an easier one.

Some of the things I told her were things that I remembered by myself and some of them were things that my mum and dad had told me. I told Varya that I was five years old when we came to Australia from South Africa. My parents wanted to give us a better chance in life.

“I used to sit quietly like you Varya,” I said. “People thought I was shy but I wasn’t. They thought I was stupid or something. But I just didn’t know enough of the language to say all the things that I really wanted to say. And some people talked so fast I couldn’t understand what on earth they were saying to me!”

We both laughed. Then the bell rang and recess was over.

At lunchtime I decided to call a special meeting. I invited my other friends – Maria DiFranco, Ana Constantinou, Mai Pham, Aisha Ibrahim, Amy Tang, and Emma Jenson. (Mum says having all my friends over is like hosting a United Nations* conference!)

Varya smiled timidly back at the rainbow of faces that smiled at her as we sat under the big old camphor laurel for our meeting. There we all talked about our families and what it was like for them when they first arrived in Australia.

I told Varya, “We all know how you feel. It’s hard to feel like you fit in when you look or sound so different to everybody else.”

I rubbed my hand up and down my dark brown arm. “Look at me! I felt scared and out of place at first. But when I looked more carefully, I noticed that everybody is different in some way. And,” I added, “When I looked even more closely, I saw that inside we are all the same. You’ll see Varya, Australia is really a great place to live.”

Varya just shrugged her shoulders like she didn’t believe me.

So I said, “Believe me, you will see! Have you ever seen so many parks, and swimming pools, and beaches, and movie theatres, and buses and trains and ferries? Even if you don’t have much money, there’s always something to do, something to see. Everywhere you turn you can learn something new about another place, another face, another culture. And best of all, you can feel safe and free.”

Varya’s dad, grandfather and brother finally made it out to Australia. They lived all together in the cramped unit while Varya’s parents worked day and night to save up for a bigger, more comfortable place to live.

Varya’s brother got a part-time job at the local supermarket. Whenever we went shopping there I would say, “Stradsvuitsi*, Andre!*” And he would say, “How’s it going, Lerato?”

It didn’t take Varya long to learn more English. At school, Miss Fletcher wouldn’t let Varya and I sit together anymore because we talked too much. She called Varya a chatterbox. I’d never met anyone who could talk as much I could. And she loved to write too.

Over the Christmas holidays Varya’s family took a trip back to Russia. Even though she was only gone for six weeks, Varya sent heaps of postcards and letters. Most of them arrived after she got back from her holiday.

The last postcard she sent before the end of the holiday said: Dear Lerato, Had a great holiday. Have seen all my cousins and old friends. Winter Christmas is beautiful here but I have had enough of the snow and cold. Now I want to go home! See you soon. Lotsa love, Varya.

* Varya – pronounced Vah-ri-ya; a girl’s name from a large country in Eastern Europe called Russia. Varya can be translated as Barbara.

* André – pronounced On-dray; a boy’s name, popular in many European countries including Russia. André can be translated as Andrew.

* migrant – someone who leaves his or her own country to live in another.

* United Nations – a group of countries who gather to encourage peace and cooperation around the world. 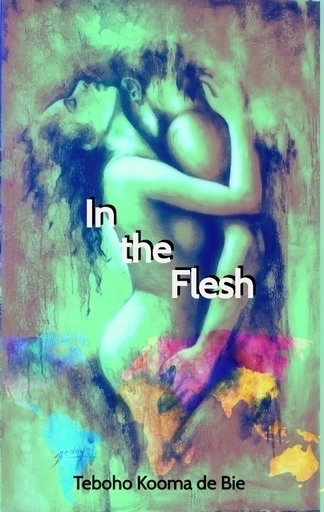 Dancing on the Wind

If you believe in love, then you must believe in magic... Stella Freeman wakes up one morning with a powerful, mystical feeling that her life is finally about to change for the better. But she knows that she cannot simply leave her future in the hands of fate. On her way to a new job and brand new start to her life, Stella is stopped by a Little Old Lady. The Lady hands Stella a single, blood-red rose and says, “I have found you, as will he, He who holds the key. By this bloom shall you be found; only then will the peace in your heart abound. But care you must take in the choice that you make, for one will give you new life and the...

"Wes was alive and well. Just as alive and well as the rest of us. None of us imagined that he would walk out the door one day soon and that we would never see him alive again. We never imagined it, but I dreamed it. And if I had known then what power my dreams held, my brother might still be alive today..." All seventeen year old Ella wants is to get through her final year of high school, deal with friends and enemies and boyfriends, and the death of her only brother... without Coming Undone.