96 Reads
0 Favorites
Get the App

I had a dream about a group of college friends, very priviledged, who go off to explore Europe.

1.  Rich girl- leads a life of privilege.  Likes to go clubbing and have fun, without regard to convention, rules, safety.

2.  Scholarship girl.  things have not been handed to her, but, through hard work, she has achieved success.

3.  Religious girl.  She is the daughter of a tele evangelist.  The money is there, certainly, but at times her attitude can irritate the others.  She is saving herself for marriage, doesn't like to party, and is generally invited to go on these excursions by the other parents hoping that she will keep their children out of trouble.

4.  Scared girl- the money is there backing her up as well, but, she knows the cost of that money.  She has seen it tear her family apart.

so my plot line evolves like this: This one may become a writer.  I can see her finding a small cottage in Ireland to rent, and trying to close herself away from the world with her cat. (It has to be a cat, because a cat is aloof like she is perceived to be).   A handsome and sexy Irish farmer? sheep rancher? pub owner? will pull her out of her shell.  He will show her that not all men are out for what they can get from her.  He will refuse to accept anything other than that which he has earned himself.  He is a good man, but very prideful.  She falls for this guy, in a big way, but, is terrified he will find out she is not the poor, starving artist he believes her to be so she puts up walls to keep him from getting too close.  There could be a funny scene with her acquiring a goat, or sheep.  maybe it belongs to the man, but, keeps following her home?  She is gonna have to do some healing, either through writing or painting, before she is anywhere near ready to accept a relationship.

Rich girl has the time of her life in Europe, going to all of the best runway shows, fashion houses, parties.  The others are occasionally asked to join her.  She is going to continually need to be bailed from trouble by her friends.  In the end, she will get caught bypassing customs with something, not sure what yet.  She has to rally, though.  She will be seen as the weak link, then suddenly emerge as the one with the inner strength.  Perhaps a man of strong conviction, who falls for her at first sight, will bring her around.

Religious girl will seek out spiritual experiences along the way.  At times the others may be with her.  Ultimately, she will link with a man who by all appearances is a gentleman of good breeding, but, during a very romantic rowboat ride, will hand her a glass of wine containing a date rape drug, and he will rape her from the back, and get her pregnant.  He will disappear,, leaving her to be found along the shore, with torn and dirty clothing.  She will raise her child, against the wishes of her parents, and we may see encounters with the father a few years later.

Scared girl will find a backbone once out on her own.  It wont be an easy.  She will have to fight for it.

Scholarship girl.... just not sure what to do with her at this point. Shakespearean company?  She works hard, she is very smart.  ,She is somewhat at the mercy of the other girls, though, because of the four, she is the one who does not have her own financial resources. How is she going to pay her way along on this trip?  charity from the others? no, she wouldn't accept that.  Not sure yet, she needs a windfall,, perhaps her grandmother has died, and left her just a little money, instructing her to use it to find the desires of her heart.

Hopefully, all of the girls will learn from each other, rub off on each other.  the lines between their roles may become blurred as one tries on the role of another.

I want to work in all four girls coming into contact with a guru of some sort, a shaman? or not sure just what yet.  He will foresee their futures, and their futures, and the coming baby.  He will see each of them finding themselves.  One of them, he may say, is fighting inner demons the others know nothing about.  We will not know which one this is, and he will not say, but this one may become suicidal if she does not find the right path. 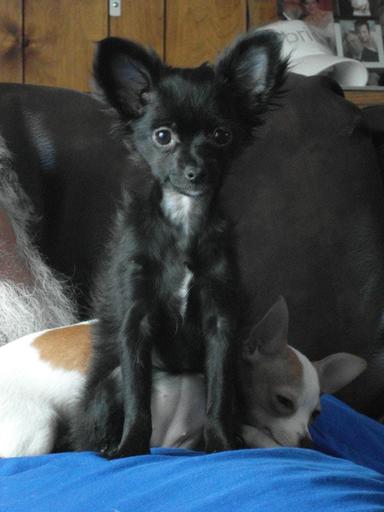