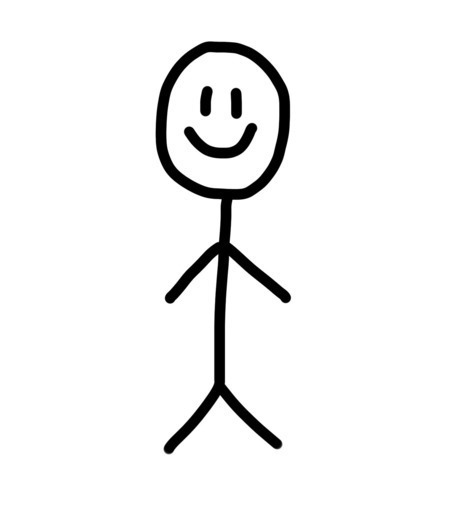 Mark of the Children

A man is worried by a crude Mark drawn by children around him that appears with increasing frequency in his life.

30 Reads
2 Favorites
Get the App

I first saw it at Belmont Elementary School. I was working there, a substitute teacher. One of the kids, a first grader, I think, handed me a piece of paper. I turned it over, unfolded it. Inside were two Marks. One larger one, drawn in green crayon, not dissimilar to the color of the shirt I was wearing. The other, smaller, drawn in orange. I didn't think much of the peculiar shape at the time, but then again, I thought it was a fluke. Oh, how wrong I was.

As I led the children out to recess, I saw more of them. Posted on the wall outside kindergarten classrooms. The colors were varied, as were the sizes, but they were all the same basic shape. A chill ran down my spine, but I shook it off. There was nothing sinister about the Mark. I thought it must have been a symbol of the school, or perhaps a project shared by the classes.

A week later, my four year old daughter brought one into my house. Hers was slightly different from the shapes I had seen at Belmont, a large triangle forming the bottom instead of an arrow pointing upward and some squiggly lines at the top, but by that point, I had learned to recognize the Mark. I knelt down beside her, keeping a controlled and calm face. "Where did you get this?" I asked gently. She giggled, then dropped the paper and ran off to play. I looked at the pink pencil drawing, shaking my head slowly.

I headed over to Howard's house; surely he'd know what was happening. He always seemed to know. I sat down on the couch, popping open the beer that he handed me. "What's been troubling you?" He asked. I explained to him the Mark, and he nodded slowly as I described to him the two arrows pointing up, with a line through the points connecting them to a crude circle at the top. The two small dots and the inverted arc inside the circle. He shook his head, frowning, as I finished. As I left, I saw a piece of construction paper on the ground, likely from his five year old son Michael. A blue marker drawing of the Mark.

I fed the paper into my scanner, my hands shaking. Saved the image as a JPEG. Uploaded it to Google. 15,900,000 results. At the top of the page, two words gave a name to the dreaded Mark. "Stick figure."

The Roads to ImmortalityAndrew Lane

The Roads to Immortality

Immortality has been dreamed of by many, but only the Queen of England can make it a reality.