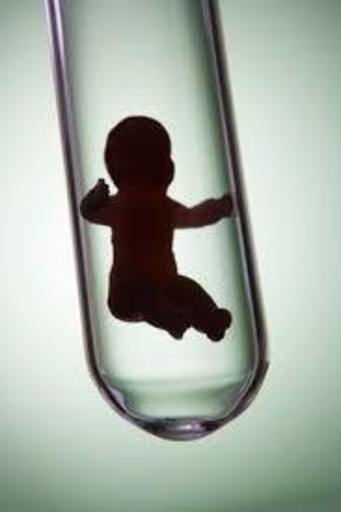 In a dystopian future where children are genetically bred to be mentors for privileged families, a select group of these Tutors - now grown - begin to rebel against their hosts and undertake an uprising that will change the landscape of their society forever.

21 Reads
0 Favorites
Get the App

Silas and Isla are at it again. Not the sex - that part’s over. But now comes the fighting. I lean my forehead against the door and wait. I don’t mean to eavesdrop, although they’re loud enough to be heard throughout the house. It’s time to go. I need to tell them, but damn if I’m going to interrupt. It’s the same old argument, made hundreds of times over. I take a deep breath and give them another minute.

I close my eyes and imagine her pouting, like a child. In my mind she’s still nude, covered only by the bedsheet. Silas’ voice is low, almost grating.

“No. Expulsion is like dying. A lot like it.” He starts pacing, his heavy footfalls shaking the floor. I try not to picture him. “Don’t you ever want something more? Don’t you ever think about it?” There’s a long pause. Isla’s voice is softer now. “I don’t know,” she whispers, “Yeah, I guess. I mean, why do things have to change at all? I love Paige. I love Mom and Dad –” I know what’s coming, and I still cringe.  Silas begins to shout again.  “They’re not your Mom and Dad! They bought you. For Christ’s sake, look around. Look where they keep you!”  I don't need to see them to know he's gesturing around their room.  “We’re Tutors, Isla.  We don’t get families.  What we get is Graduation, if we’re lucky.”  Isla doesn't answer.  There's not much else to say.

I knock softly, and open the door.  Silas is standing to my left, arms crossed over his broad chest.  He’s tall and muscular, with a serious face and onyx complexion, same as Isla's.  For as long as I’ve known him, I don’t think he’s ever smiled.  He’s in a pair of faded blue jeans and nothing else.  The rest of his clothes are scattered around the room.  Isla is on my right, curled up on a bed that's pushed against the wall, arms wrapped around her knees.  My fantasy was wrong - she's in purple leggings and a large white strap tee, probably one of Silas'.  She straightened her hair today, so it's almost to her shoulders.  They both turn to face me.

"Time to go, Erec?" Isla asks.  I nod.  She scoots off the bed and gives me a hug.  Without another word she's down the steps, and I'm left alone with Silas.  He's flexing his fingers, clenching and unclenching his fists.  He's still restless.  Great.  I pick up a black shirt off the floor and hold it out.  "We should get a move on," I tell him.  He scowls at me, but pulls the shirt over his head and starts looking for his shoes.