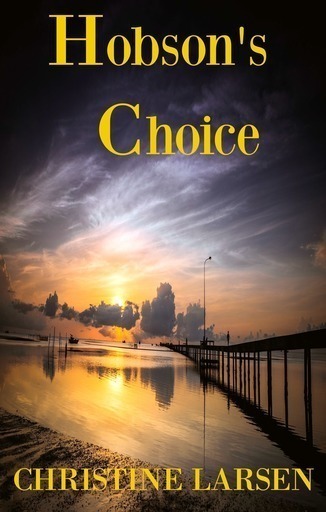 Sometimes Life starts handing us choices we are none too ready to make... and some choices should never have to be made at all. Here's a story written for a weekend write-in, that has taken on a life of its own, and now actually DEMANDS its own presentation in a length of its OWN choosing. Seems I have Hobson's choice in the matter! Warning: Profanity from 'Chapter Four: But Why Me?' Jake insisted his thoughts were his own... I'm just the scribe -what could I say?

I wrote 'Hobson's Choice' (The Die is Cast) as a weekend write-in 500+ word story on Write On by Kindle.

It received such a good response and questions - AND, at the same time, I had great difficulty to stay within the word count, knowing there was so much more to this story - that I have rewritten what has turned out to be the first chapter of a story... how long? Have no idea yet, but I have two more chapters fully written and more on the way.

Will the chapters work in a longer short story? Or need to roll on as one story? Just have to write along for a bit and see how it looks and feels. Would welcome comments/thoughts.

Hope you enjoy the journey. I already am, despite its challenges with my main character, Jake, starting off as a teenage boy. It's a novel situation for me, I promise you (been an awfully long time since I was that age, and times have changed just a tad!).

10/9/2016 - Would really appreciate some feedback about Chapter Four and the unexpected profanity. It's not my usual style and I don't know how well I have projected Jake's frustration, anger and bitterness. Please let me know.

"It'll be an albatross around your neck for a long while," she'd said, "but lighter... and one day it won't feel nearly as horrific as it does now." She strokes my forehead, still sweaty from the fever. And yet my cheeks feel hot and dry, like really badly sunburned or something. I wish. And man... is my mouth dry? Give bloody Simpson's Desert a run for its money. Never mind. Soon be over. Oh shit... don't go there. Quick, think… what'd Mum say? Albatross?

"An albatross?" I asked. "That's a bird, isn't it?" She nodded and before she could answer, "Around my neck? What the heck (phew, that was close!... ) are you talking about?"

I mean, she's a great Mum, uhrr... some of the time. Especially like right now when I need her most, but this talk was back when I first found out; a lifetime ago, (or was that yesterday?) when I first had to make the decision. Huh! Hobson's Choice, I reckon they call it. When there's only one possible choice! Equals no choice at all in my books. That's when she talked about that albatross stuff. Confused me at first, but she's pretty smart I guess... for a Mum. Got me thinking about other stuff, didn't she?

She told me about 'The Rime of the Ancient Mariner', a poem by this Coleridge dude. Geez... someone couldn't spell even back then! She said there was this sailor who shot and killed an albatross and that was like the worst bad karma for the whole ship they reckoned. So the poor devil's punishment was to be chained up with the dead albatross tied around his neck. Don't know how long for, but can you imagine the stink? So what did this have to do with me? Damned if I knew.

So she tells me that the way it's always said now - an 'albatross around your neck' means it’s an unholy burden some poor devils have to bear. Yeh well, she got that one right. But only for a while, she reckons? If it's anything like the 'while' since I was given this marvellous 'Hobson's Choice', I'd say more like forever would be the go. My heart sank deeper again that day - IF that was even possible.

Try as I would to stop it, my mind kept wandering back to lazy summer days in the holidays, surfing and sunning on the beach all day. And ogling the chicks! Oh man! Helluva toss-up sometimes between the next great wave (maybe the best of the day!) and the possibility one of those gorgeous bronzed girls in their skimpy little bikinis would look my way. The things I planned to do with those chicks some day before I was too much older is NOT anything I'd share with my Mum. Uhrr... run that by one more time. The things I HAD planned to do... aww shit!

And through the night I dreamed of tennis.My arms were raised in a victory salute to the crowd at Wimbledon, in my dazzling whites as they cheered and whistled and sang "C'mon Aussie, c'mon, c'mon". Suddenly the picture changed. I saw myself soaring over the bar to set a new world record for high jump at the Olympics, and the crowd was roaring all around the huge arena. In a flash, I was a star footballer - only a rookie, but breaking all records and the footy crowd loved me. Man, I was on a roll. Couldn't put a foot wrong - catching impossible balls in one hand, kicking a new record number of goals, and then—

A nurse woke me. Time to take all those ridiculous 'vital signs' again. How about the vital sign called dreaming, I wanted to scream. But I couldn't string those words of my love for all sport - most especially football - together in my mind, let alone my mouth. Later, nurse would tell me Mum had come quietly in to my room and stood back by the curtains, crying softly as she watched the smile on my face, lost in dreams. After the nurse had finished, she told me, Mum sat alongside me again, as she had for hours. She hugged me even tighter than before, and the tears were still bright in her eyes, nurse said. And Dad. He came in a few minutes later. I could see he'd been crying, too. So strange to see him like that. But so good, you know? In a funny kind of way. Any other time I'd be thinking daggy and slack and stuff like that. But not this time.

We all know what the 'real' stuff is all about. I mean, it's all hunky-dory to show the likes of Oscar Pistorious blade-running all over the world (until he got himself in trouble). He's rich, for chrissake. But me? What the hell will I do with just one leg?

Too late now – all bridges burned. Better my leg than my life. I know. I KNOW. But it doesn't make it any less shit-awful. I know they tried everything to save what was left. And I know it didn't work - like my body fought against part of itself. Didn't even know anything for days. They say I was delirious. Mum and Dad knew alright. Poor buggers. Worse for them, agonising through every hour, every day, until there was nowhere left to hide. We all had to face our 'no choice' decision - but it doesn't stop the pain. Nothing stops the pain.

And even though I know ALL that, as they come to take me to the operating room, I'm SO scared and I'm SO cold. I bite my lips hard to stop from screaming out - "Mum? Dad? Stop them... please, please... stop them."

I hear the last words Mum whispers before they wheel me away.
"C'mon darlin'. You've been my little champion from the day you were born. You fought that battle and won, despite the odds. You'll do it again." And out loud, "I love you, champ."

“NO-O-O-O-O,” he screamed as the shaft between the tractor and the harvester spun relentlessly, grabbing his Dad’s jeans in a vice-like grip as if with invisible hands of hardened steel. Everything seemed to slow down to a frame-by-frame movie.  The uncovered shaft ripped into the old faded denim, close to the raw edges of the threadbare hole at the knee, and in sickening sequence, into the flesh beneath... and the bones. All were crushed in its suddenly fearful, relentless maw. Too late he remembered the unwritten law of ALWAYS using the safety guard... the one his Mum had reminded him of again, so few hours ago.

His eyes watched and yet his brain refused to accept the horror of the moment – blocked even the pain. A thunderous roaring filled his ears to bursting point, blotting out almost everything.  Except consciousness. Not yet.

But I hear unearthly screams somewhere in the thunder. Over and over and over... How can that be? Why? Who’s doing it? NO-O-O-O... IT’S ME!  As his brain abruptly accepted the unimaginable, the agony hit him like a freight train... a split second before his world mercifully melted away.

Oh shit! “Zip’s broken, Mum. Can’t walk around with my fly undone. What do I do?”

“Aww c’mon Jake... “ She clicks her tongue and sighs loudly. She looks and sounds exasperated. “They’re not the ONLY jeans you own. With all the washing I do for you, I surely know that. Just get out another pair.”

“... but one lot’s in soaking that tractor grease out, and the others split from uhrr...  (phew! Caught myself just in time. Mum wouldn’t like ‘from arsehole to breakfast time’),  uhrr... here to there!”

She raises one eyebrow. She knew what I nearly said. I can tell she’s struggling to stop a smile.

“And then there’s only your good ones, I know, I know.” She reaches up a bit and ruffles my hair. I’m taller than her now, even though I’m only just a teenager. Doesn’t stop me playing the ‘poor little boy’ bit if I reckon it’ll help. Pretty damn good at that – had years of practice, after all.

“You’ll have to use a pair of Dad’s old work jeans. He’s got a few.” Now she smiles as she looks at my skinny hips. “You’ll have to seriously tighten a belt to keep your Dad’s dacks up. It’s been a long, long time since his middle looked anything like yours,” and she glances down even lower. “Not like your feet. Can’t believe you’re both the same size now! Ha... my little boy.” She shakes her head and that lovey look makes her eyes go sort of dreamy. Better snap her out of this lot before she gets too mushy altogether.

‘NO MUM!’ (starting to talk through gritted teeth, better get outta here before I lose my cool)

“Gotta go Mum...”  I head for the door. “See you at lunchtime. Hope you got something decent for me to eat, for a change.”

I duck as a tea towel flies towards me, then I’m off out the door, quick as a wink. 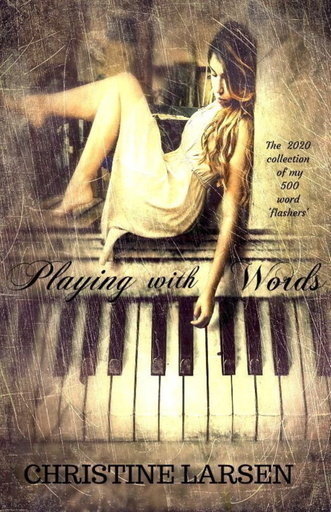 Each of these 'flash-fiction/non-fiction' (around 500 word) stories are inspired by a randomly chosen single prompt word each week. Hopefully there will be 50 or more small reads for you to enjoy in an otherwise dull moment throughout the year. 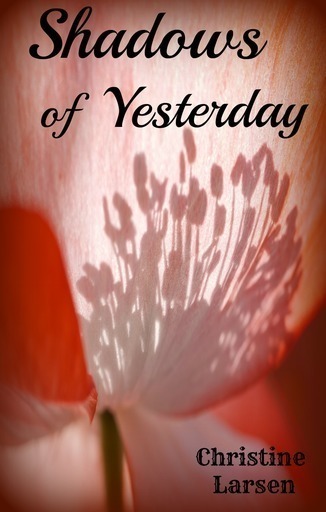 There have been countless heroes in wars throughout history. These are the stories of some ordinary Europeans who found extraordinary courage to survive WWII. 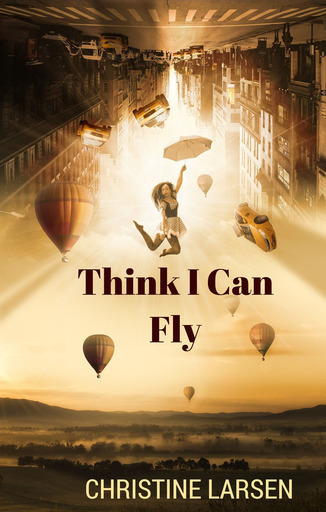 Think I Can Fly

Another year - 2019 - and another collection of my 500 worder 'prompt' word inspired tales, both fiction and non.fiction. They are written to make you laugh, sometimes cry, many times make you ponder and maybe examine your own thoughts on different subjects. But most of all they are created for you to enjoy.