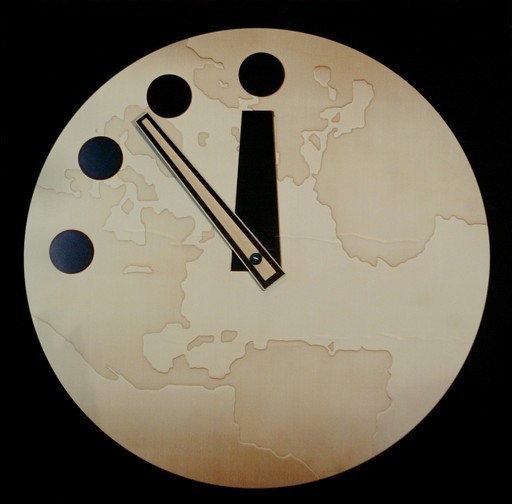 What the Children Know

-Flash Fiction Day- Artists, critics, modern-day philosophers, and especially the mainstream media all seemed to come to the agreement that the clocks were, in fact, doomsday clocks, set to two minutes to midnight.

33 Reads
3 Favorites
Get the App

Although there were no definite answers, most of the world had come to agree that the clocks weren't just clocks.  Artists, critics, modern-day philosophers, and especially the mainstream media all seemed to come to the agreement that the clocks were, in fact, doomsday clocks, set to two minutes to midnight.  And although I had always been skeptical of things like this, the reality of it--the gravity of it, I should say--became apparent to me when my daughter drew it, too.  Before that, I had done my best to ignore the radio stations and the news and all the things they were saying.

"Babe," my wife said to me the moment I walked through the front door.  She was standing there in the entranceway, waiting with what I could see was urgency in her eyes, and her face was pale.  "You should see what Sara painted today."

My daughter was in the kitchen, sitting at the table, her legs--which still weren't long enough to reach the floor--swinging excitedly.  Without a word I walked over to her and saw what she had apparently spent most of the day painting.  A simple clock face.  The time was two minutes to midnight.

"Look, Daddy!  Look-it!" she looked up at me with a big smile.  I felt cold and suddenly very small.  The voices of a thousand news reporters rang through my head, and I knew something was wrong--more wrong, and in more ways, than I ever could have imagined.  Children all over the world knew something we didn't, even if they didn't know what it was themselves.

"What is it?" I asked her.  For the first time in my life, my daughter seemed like a stranger to me.

"I dunno," she said, still cheerful, oblivious.  How I envied her innocence to the situation.  Unconsciously I glanced toward the television in the living room even though it was turned off at the moment.  I knew that if I turned it to the nearest news channel that I would see another reporter or journalist talking about the global phenomenon, a phenomenon which my daughter was now a part of whether she knew it or not.

I turned to my wife, who stood at the kitchen's edge, that pallor still in her cheeks, a hand held up to her throat.  "Maybe we should go," I said.

I shook my head.  "I don't know," I said, and it was all I could say.  I knew in my heart that if there was any truth to the situation--which my daughter's drawing had made real to me--then there would be nowhere to go.  It wouldn't matter, one way or the other. 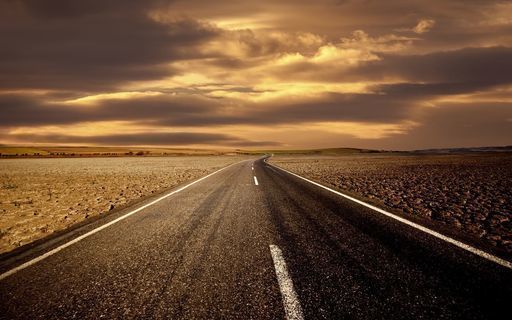 -Flash Fiction Day- A journal entry from a lonely man who has devoted his life to living on the road in search of the woman he loves.