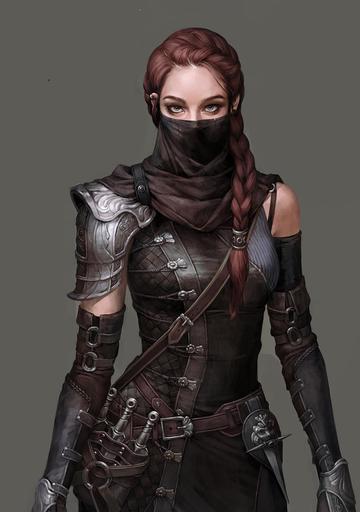 The Assassin is a sub-class of Thief, and as such has some similarity to the Thief class. While Thieves aren’t always accompanied by a cadre of Assassins, an Assassin will be lurking inside a group of Thieves, the fast level progression can allow an Assassin to comfortably pass him/herself off as a lower level Thief.

As well as Thieving abilities, the Assassin has other skills that come with specialised training: the art of assassination and disguise. Both of these are unique to the Assassin class, the key uses for the assassin is to rely on the Thieving abilities to get into a stronghold, use disguise and assassination to eliminate a target, and retreat into the shadows, all the while not being caught.

In this treatise, it's fair to say, an exploration of the Assassin class is exploring the darker recesses of personality. The Assassin, true, is a killer for hire. So, does this determine that all characters are the same with the same motivations and specialties?

Hopefully with this as a guide, the player can explore the character in new ways and look for ways to make their character different than the stereotype.

To qualify for the Assassin class, a character must have the following minimums: Strength 12, Intelligence 11, and Dexterity 12.

Immediately there is a difference when comparing the Assassin to the Thief class. The Assassin has a solid Strength requirement for their practice in all kinds of weapons, the Assassin is equal to most Fighters with regard to weapons study; and the Intelligence requirement is needed for the extra ‘book learning’ as the Assassin training will include study about poisons, spying, and ways to silently kill opponents caught unawares.

A good Charisma wouldn’t hurt also, as the Spying and Disguising elements of the class require much interaction with others.

Unlike the Thief, the Assassin does not gain any XP bonus for having high character abilities.

The Assassin, being the Thief sub-class, uses the 6-sided die for hit points, which provides an average of 3 to 4 HP per level. The Assassin requires 1,501 XP to progress to 2nd Level, and there is a Level limit to the Assassin class.

The Assassin can raise to 15th Level making him/her the Grandfather/Grandmother of Assassins, and as such can possess an average of 50 to 55 HP. By this time the Assassin will potentially be in charge of an organisation of Assassins.

It's worth noting, to progress to 14th and 15th Levels the Assassin character must eliminate the current sitting Assassins. Either by challenge with a duel, or through death by any other means.

Much of this challenging, the rules of engagement, and locations surrounding the event will be dictated to by the character’s guild and the Alignments of those involved (think of Oliver Queen vs. Ra’s Al Gul from the television show Arrow).

The Assassin, as a Thief sub-class, is limited to padded, leather, and studded leather armour. The Assassin class, however, can use any Shield.

The weapons closet for the Assassin is not limited by anything; the three starting weapon proficiency slots and the non-proficiency modifier of -2 ‘to hit’ is equal to the Fighter sub-classes. As the levels progress the Assassin becomes almost a complete weapon master, and aside from the lowish HP and very ordinary THAC 0 (as provided by the Thief table), s/he would be worthy of fighting side by side with any Fighter class.

The Assassin can be a strong back up or supporting unit for a Fighter, while the Thief is limited in weapons, the Assassin can ensure the right weapons are being used – such as providing missile support when required or using spears for defending against charging opponents.

The primary let down on the Assassin as a front-line fighter is the armour limitations and poor THAC 0.

The Assassin is the anomaly to the other classes, in the heroic fantasy setting. The Assassin is often seen as an agent of the enemy or the party nemesis. This is promoted further by the Alignment of the Assassin as listed as being any Evil.

While this doesn’t make the class sound any more heroic, the reason of the Alignment limitation is a simple one. The willingness to kill (and therefore murder) someone as a business arrangement, generally doesn’t make one a ‘good’ person.

Most Assassins (and PC Assassins ought to be encouraged to do so) fall into the Lawful Evil alignment; these Assassins operate within guilds, live by the contract, and their word is their bond. Afterall, what good is a hitman (hitperson, or even hit-elf) if the client cannot trust the Assassin with completing the job.

The tricky question is usually about party dynamics. Many characters in a party will either be Good or Neutral aligned, and then there are those Paladins that view others as either targets or first best-friends.

Chaotic and Neutral Evil Assassins have no honour or code to live by, these are the bad apples that spoil a profession.

One of the most intriguing points regarding the Assassin and Alignment, is that the character doesn’t lose anything by changing alignment. There appear to be no ramifications for an Assassin to turn their back on the profession and try to use his or her skills for good and not evil.

On paper, the most ‘good’ an Assassin could become would be Lawful Neutral, following their own code and trying to not be the cold-blooded killer they are. The character would still start evil, the theme is not uncommon: A youth taken and trained, suddenly finds out the organisation is really one made up of evil and selfish people, now the character wants to change and leave the old ways behind, occasionally clashing with old friends and colleagues.

The only race not able to become an Assassin is the Halfling. Presumably, the Halfling doesn’t have an edge that can turn a person into a cold blooded killer.

Unlike other sub-classes and classes, there is no statistic driven limit on the levels attained by the non-human character.

Elves are truly silent killers, with the elven ability to cause surprise on their opponents, this allows the Assassin to be a creeping death. An Elf can reach 10th Level.

As mentioned in the Thief treatise, the Elf enjoys collection of information above all else. The motivation for an Elf to the profession of Assassin is a slight oddity. The Elven disposition is not one usually for such unpleasantries such as contract killing, therefore the player may decide the Elf Assassin is more akin to a spy in the service of the Elven nobility, used as a tool to recover lost/stolen/coveted artefacts, or gather information about the neighbouring races.

Coming from a dysfunctional society, the Half-elf make for excellent Assassins. Wandering from town to town, on the hunt for contracts, the Half-elf can take up the mantle of bounty hunter, spy, or contract killer.

Half-elves can attain 11th Level as an Assassin.

The Dwarf Assassin will be a trap master, with a base Hide/Set Traps 45% at 1st Level, the Dwarf Assassin excels at the craft of building lethal devices. If a party member has managed to seriously upset the Dwarf king, this could result in a number of poisoned crossbow bolts when the character opens the front door.

Much like their heavier and grumpier cousins, Gnome assassins too excel at building traps.

The brutish Half-orc take to Assassination like a duck to water, they have the background, the temperament, and they can be filled with a fire for all the suffering their society has heaped upon them. As NPCs, the Half-orc Assassin is most likely to be Chaotic Evil.

The Half-orc is the only non-Human capable of multi-classing with the Assassin. Either Cleric/Assassin or Fighter/Assassin. Of these options, the Cleric is limited to 4th Level and the Fighter is limited to 10th. The requirement of wearing leather for the Thieves Abilities, means the Fighter/Assassin allows the Half-orc to possess an average of 5 HP at 1st level, use exceptional strength abilities, utilise high constitution bonuses, and for the most part be a Fighter until the Assassin skills are needed.

As a point of interest: With the ease of which a Half-orc can be both Fighter and Assassin classes, it would be safe to remember most NPC Half-orcs encountered will be a multi-classed Fighter/Assassin.

As with all other classes, the Human is a solid all-rounder. However, with the Level limit of the Assassin held to 15th Level it would seem being human is of little benefit. With the Disguise special ability, the Human Assassin could be a tall Elf, a not-so ugly Half-orc, or even a Half-elf. The Human race has the benefit of being dealt with equally among all the races, and with the varying features of a Human, the Assassin could be anyone at any time. 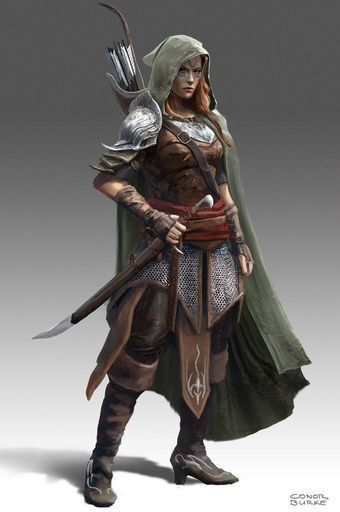 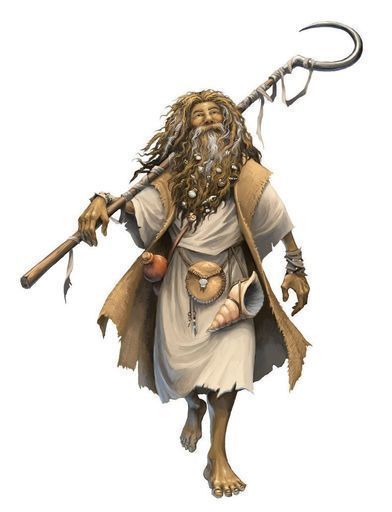