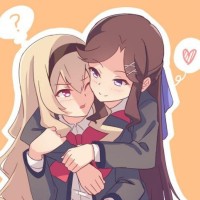 hey there, random reader who has stumbled upon my profile. i don't know how you found me but since you're here, i might as well tell you a little about myself.

i've liked writing ever since i was young, from maybe like 11 years old or younger. the most notable experience i remember to do with editing/writing was when i edited some stranger's work (i forgot how i found them). due to the many errors i found, i questioned whether or not english was their first language (not the nicest thing to do but, what can i say, i'm not nice) to which they said yes. they also said that they had written what i was currently editing when they were 11 years old, likely as a way of deflecting my judgement, but they were unsuccessful as i was 11 at the time of editing their work.

i can't stand incorrect grammar, spelling, capitalization, and punctuation, a trait which has earned me the title of a 'critic' amongst my peers.

i like reading stories as well as writing. i don't have any particular favourite genres, though i most often read adventure, action, and fantasy novels. i don't read nonfiction books nor horror. i also don't usually read sad stories, as i like happy endings. i try to avoid gore and just dark stuff in general, i guess. occasionally, i read fanfiction, though only the ones that are well-written.

there are more but i'm not going to list them all otherwise it will take far too long. my discord username is bleh and a server i'm in is https://discord.gg/rwby so feel free to join so you can dm me and recommend me stories and shows and games and such about or related to the fandoms i just listed. i'm not that comfortable talking to strangers but i guess i'll give you a chance if you mention that you found me on tablo.

Writing Everee has Shared on Tablo

have you ever read a story that you wanted to rewrite? well i have, and here i am doing just that. feel free to read if you're bored and have nothing better to do.