Joey & Grey are siblings living in a small country town west of Sydney, when one night their dad decided to be more of a dickhead then usual, it changed everything.

63 Reads
2 Favorites
Get the App

'Come on woman let me in the fucking house!' The front door was shaking on its hinges, I could hear him breathing through the cracks in the old door, I could picture him sinking to his knees on the front step bending his mouth down to shout through the old key hole lock, as he changed tact and he tried to sweet talk her 'Lettie darlin, let me in I was just having a few beers with the fella's don't be mad love!' You could hear the slur in his voice, almost smell the beer vapours on his breath. I know mum was leaning against the door her back hard up against it her knees drawn to her chest not wanting to let him in, but I knew she would, her bravado would fade and she would turn the key and let him in.

Grey and I were lying there in our twin beds with the scratchy orange blankets pulled up over our heads faking sleep like two interlopers in our own house, we could hear dad stumbling through the house with mum shushing him like a two year old, he crashed through the house stripping off his clothes and banging the back door as he headed for the outhouse, I always hopped a redback would bite him on the ass, but it never bloody happened he just stumbled his way back in and normally fell across the big bed in our parents room and passed out till dawn, till he had to get up and start getting ready for work.

Tonight he didn’t pass out, tonight he was going to be an asshole.

Tonight he held a gun to mum's head. I must of got all warm and cosy under that scratchy orange blanket and fallen back asleep, cause I woke up to mum pulling me to my feet shaking me, 'Joey! Joey! Wake up love, quick on top of the pram!' It was cold so very cold without that orange blanket and the vinyl on the pram was even colder on my bare legs mum sat me on the hood and I registered Grey bundled in the pram below me his eyes wide and his curls bobbing madly all over his head, his eyes never left mine as mum frantically tried to manoeuvre the big navy blue pram out of the front door of our little workers cottage, the wheels kept catching in the door and finally she got us out the door, out our little white gate and onto the street almost sprinting now, I could feel her breathing on my face as she started running and pushing us down the street.

“Come on darlin, wipe those tears..now don't be telling your mother about this will ya.” Rick turned away and rethreaded the belt in his pants, stupid girl he thought not sure why he had to put up with her and her sister but their mother was a great shag . Rick was a skinny, rough looking 28yr old moron from the wrong side of the tracks as they say here in Australia, bought up by a mother that obeyed the law of her husband and spent her life dedicated to being a housewife and mother to her two children.

His dad was a dead shit that beat his mother on a regular basis after a friday night at the local boozing with his mates, pissing his pay up against the wall. Rick only knew one way to be and that was to emulate his father whom he thought was a bloody legend.  Ruthie Forster was a perfect match for Rick, easy on the eye, great legs, long dark hair and a great root exactly how he like his sheila's,  except those fucking kids. Wish he could fuck them off they were always telling their mother that he was lazy, a slob and mean to them, he would show them little bitches, he would show them with his belt right across their bare ass who was boss.

Ruthie came through the front door of the house in Richmond and dropped her bag on the kitchen table, Rick was no where to be seen, probably at the bloody pub again, she called out to the girls, “ Pattie..Lettie! Where are you?”

She could hear quite low noises in the house, she pulled her alpine ciggies from her bag and lit up a fag and started down the hall to the girls bedrooms, she threw open the door to Lettie's room it was empty but in Pattie's she found the two girls huddled on the bed together, Lettie with her head in Pattie's lap tears streaking her little dark face, whilst Pattie soothed her sister singing her songs under her breath. Ruthie leaned in the doorway breathing blowing her menthol smoke into the room, “So what you girls been up to today?”

Pattie was straight out with it, ' He hit us again with the belt, you need to make him stop, he is an asshole Mum and you know it! What... gives us a rack across the ass because Lettie left the vegemite and marg out on the counter! He ain't seeing my white ass again! I am out of here if it happens again!

Ruthie sighed as she looked at the tear streaked face of Lettie, and Pattie's furious one. She turned on her heal and walked out of the room slamming the door behind her, she had no idea what to do with the girls. Rick was her man and he never wanted kids in his life. Ruthie always hoped he would come around to liking the girls just a little bit, but it seemed it would never happen. Maybe Rick was right, maybe she wasn't cut out for mothering, she didn't enjoy fighting with Rick all the time about the girls, she just wanted to go to the local pub and hang out with her other friends and Rick have some fun. The girls just drained her of energy and money always needing something playing up and being naughty, annoying Rick and making him angry, and their father never seen them! Ruthie wasn't even sure where he was these days, probably dead from the amount of alcohol he shoved down his throat.

Ruthie rifled through her battered handbag till her hand closed around the crumpled business card of the woman from children's services, Lillian Simpson perhaps she could help. Lillian had been to the house a few weeks ago for a 'welfare check' she called it, the girls had been mouthing off at school about how they got belted for no reason. Ruthie had of course denied it and sweet talked her way around the matronly Lillian until she felt placated enough to leave them alone but not before she left her card and mentioned about a place where the girls could go and live with some good church people and would learn to behave and get a good education and best part of all the government paid for it all and she, Ruthie would not have to worry. Ruthie could just let the girls go for a bit with this Lillian lady couldn't she? Just a few weeks and she could work on Rick and then they could bring the girls home, it seemed like the ideal solution.

Lettie clung to her sister hand as they stood on the concrete path in front of the church with its black spiky gates and big bell tower stretching into the blue sky. Lettie refused to let a tear run down her face but even at 12 years she knew this wasn’t right, she knew her mother wasn’t sparing a second thought about her and Pattie right now. Lillian the lady from the government held the small blue cardboard suitcase that held all that Pattie and Lettie now.

Lillian nudged Pattie forward who towed Lettie reluctantly through the big iron gates and up to the big doors of the City West girls home for wayward girls.

"Pattie, my knees are sore! This is stupid job who is ever going to notice that these tiles are cleaned so well?" "Shush Lettie! you will get us in trouble and they will split us up again, is that what you want? Lettie brushed the tears from her face and tried to concentrate on getting the toothbrush in between the grooves of the big blue tiles, they had it seemed acres and acres of blue tile to clean all with two little yellow toothbrushes and a bucket of bleach, her knees were hurting and her eyes stung from the bleach and all Pattie did was snap at her. It was her fault she should of gone to the toilet before bed, if she had she would not of woken up with a sodden pee soaked bed.  The toilet was so far away from the dormitory rooms that the girls slept in and it was creepy to wander down that long hallway and sneak past Matron Edie's office so she wouldn't stop you mid way. Matron Edie had her favorites amongst the girls and Lettie and Pattie werent one of them. Edie seemed to like the girls with blonde hair and creamy skin and the pretty cornflower blue eyes, not that they lasted long at the home everyone wnated to adopt a girl that looked so wholesome and pretty like a christmas angel nobody wanted to forster girls that had dark hair, and skin that turned shades of brown in the sun, Lettie was convinced that nobody wanted a dirty girl. 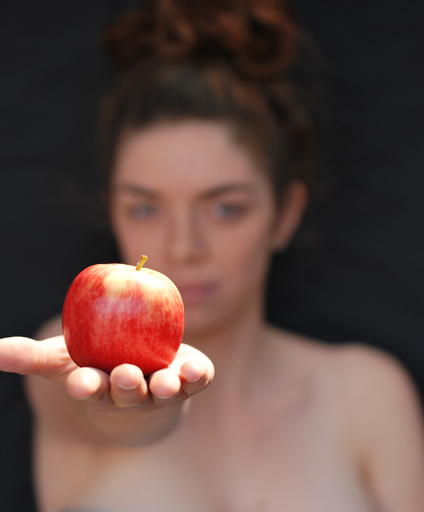 Young Adult
This Is Where I liveKellie Rose

This Is Where I live

There are so many questions I wish I could ask you, but why would you tell me anything about your life, I am just a stranger in the street? Ordinary people you see them everyday, ever wonder about their lives? Where they live, what they do?...... I do.