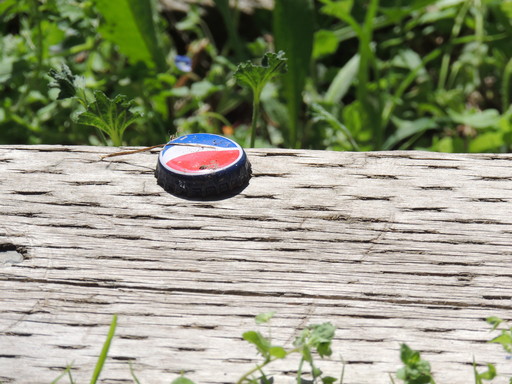 Have you ever felt like if bad things can happen, they will happen to you? Well you are not alone. Join this troupe of Murphy's Children as they travel through life, overcoming life as only a child of Murphy can. Giggle, guffaw, and even cry a little...but please enjoy the journey.

31 Reads
0 Favorites
Get the App

Two'fer Tuesdays, Two'fer One, regardless of any argument I have yet to hear, two is usually better than one, and you can only add to the original two with groups of two or everything gets all fucked up. Likewise, I have found you also should decrease in like increments. I mean lets face it, one sucks most of the time, being lonely is probably the saddest state of healthy human existence. I say healthy because obviously any type of chronic illness would be a much sadder state of being. But, I digress, I like things in two's. My life has dictated evenness since I was about two. That's when my bio-dad decided to let the wrong brain think for him. Two years after that my step-father became a permanent fixture in my life. That would be when I was four, in case you weren't keeping track. Another even number if you are still paying attention. For most of my life I have had two sets of parents and three extended families. Of course one of those extended families I am not as close to bcause three sucks. You may be confused at the math, but I never really got close to the extended families of the women my bio-dad went through over the years. This is the type of chatter that runs through my brain. This is the story of a group of friends who call themselves the Children of Murphy. Because if shit can happen, it is going to happen to one, or all, of them. I was the leader of this group and would only recruit in two's so as not to disrupt the balance.

My name is Toni, I am a forty something religiously confused, half Italian, Russian Polack. I have been a child of Murphy since birth. I the first born daughter of a full blood Italian, Roman Catholic mother and a father who came from a Russian, Polish, Jewish family. Well I was the only child born to those two specific people, but you get my point. I came into this world all mixed up. Do you know until I went to college in my 30's I didn't know that Jesus Christ was actually a historical figure? I thought he was like Santa Claus if you believed in him (Catholicism) he existed, if you didn't (Judaism) he didn't exist. Now, logic has always been my friend but as a child, it was a tad skewed by my general lack of experience. When I figured out Santa and the Easter Bunny were just a method of making me behave and didn't really exist...well lets just say the level of trust in the relationship with my mothers family was damaged. Why would they lie to me like that? Prior to that realization, I had just assumed being Jewish kinda sucked, because they didn't have Santa Claus or the Easter Bunny! What?  I was like, under 10 at the time sheesh! When I went to camp at the age of five, almost 6, I made a cross to put on my deceased Jewish Grandfathers grave. I was crushed when my grandmother informed me I couldn't do that. Instead we took a pack of camel non-filters and placed them on his grave, because in all my wisdom, I was pretty sure that they didn't have cigarettes in heaven, and he smoked...a lot. Ah...so not only was I born a child of Murphy but I was born in 1970 for cripes sake.

It gets better though, I was born to my aforementioned mismatched parents in a town where race wasn't an issue because everyone was white, with the exception of a few restaurant owners, but religion...yup I was the "mixed" kid. Oh and keeps going, because if you recall at two my parents divorced and at four my mother married my step-father. Shortly, thereafter, my father married my step mother.

So lets take a moment to review the first four years of the life of a child of Murphy. Born to one Catholic and one Jewish parent, not indoctrinated to either religion until my catholic baptism at four years of age, which occurred AFTER my biological parents divorced and each remarried. Born to these parents in a town separated by religion in 1970. Did I mention divorce wasn't as common as it is today in 1974? Google it.

The next two years were equivalently sucky, in 1975 my mother gave birth to my younger brother Eric and the next year my stepmother birthed my baby sister Ellen. This was not sucky due to them as innocent infants, but at five and six years old I would beg to differ with you. Now, I didn't grow up with my sister so one might argue that my theory of even numbers doesn't hold true because only one of my siblings entered my everyday life but it doesn't nullify the fact that she existed. Suddenly, it didn't matter where I went, I was no longer an only child, no longer the center of attention.

On the upside, at the ripe old age of six I started school. I loved it. I looked forward to going every day. I had friends there who were happy to see me every day. They thought I was lucky to get ALL of the holidays off. I was out of school for Hanukkah long before winter break started just prior to Christmas. They also thought I was pretty lucky to get to go somewhere every weekend. I never had a boring weekend because my father would come pick me up and take me for the weekend. They stopped inviting me to things by the middle of my first year in school because I was on the other side of town every weekend and could never make it. Then in second grade my father and step mother divorced ad suddenly my dad stopped showing up every weekend. I would sit in the window all night, until it was time for bed, waiting for him to show up to get me on Friday night. It got to the point where my mother told him he could only take me for one day on Sundays. Even then he didn't always show up, and when he did I would usually miss having Sunday dinner with my Mother's family.

Missing Sunday dinner was a double edged sword. My Nani's (pronounced nah-knee) cooking was amazing. I have yet to taste anything like it, and since she passed recently, I probably never will. However, being there was sometimes very awkward. They would discuss my father in hushed tonees, but I heard them. The softer they spoke the more I listened in. They hoped I wouldn't "turn out" like him. I didn't understand, I thought he was pretty cool. Of course, as an adult I have come to the realization that the reason he was so cool was because he was the weekend parent. He didn't have to discipline me, he was the "fun" parent. Most of the time, when he did take me, he dropped me off at his mother's home, my Bubby.

I would get to spend time with my Aunts and Uncles, and all of my cousins. My favorite, was my cousin Mikaela. She was three years older than me, and I thought she hung the moon. I listened to the music she liked, watched the television shows and movies she watched, and generally mimicked all of her behaviors and habits. When we were very young, people often couldn't tell us apart. I think she was the original Child of Murphy in my family. I really don't know all the details and I have heard very different stories from my elders so I am not going to even attempt to speculate. This is what I do know, she lived with my Grandparent's when we were younger. When she became a teenager she lived with my Aunt Tee, who had two sons of her own. She was like a perpetual step child and she was always doing things we weren't supposed to. I tagged along for as long as she would let me but eventually I was relegated to the little kids table and she moved up to the adult table, leaving me behind like the pest most younger siblings are. Confused? Don't be, we weren't actually siblings, but on the weekends all of us cousins may as well have been. My Aunt Tee didn't give us any preferential treatment regardless of which branch of the family tree we budded from. Her husband, Uncle Frankie was a big bear of a man and all of his kids and the cousins just loved him to bits and pieces.

Enter the third Child of Murphy, my cousin, Frankie Jr. That wasn't his name at birth but he later changed his name so that he became a Jr., so that is the name I will use. Lil' Frankie was Aunt Tee's oldest son and was born with some pretty messed up birth defects, shit that had never occurred before, at least not in the written history of the medical field. All of his treatments were experimental and some worked better than others. When Mikaela came to live with them, suddenly he lost his status as the only child. He then obtained middle child status when his younger brother Anthony was born.

My Aunt Tee was hard on Anthony. I always got the idea that for some reason, she felt she caused Lil' Frankies birth defects, and because of that spoiled him rotten, but he was a pretty awesome kid and later a pretty amazing adult. However, as a Child of Murphy, I was in and out of their. the cousins, lives. You'll soon read how that happened , but first let me introduce you to my cousins, my weekend siblings. 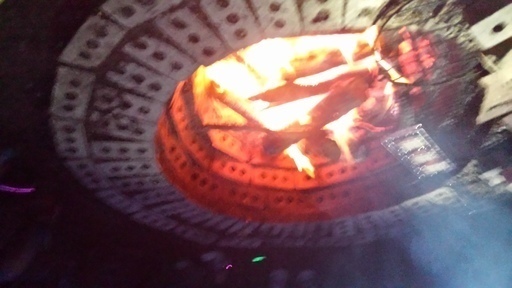 ****I started writing this almost decade ago, the original is published here as well. I am updating it and using memories to include the original story, in order to avoid the book feeling dated as a whole. You are welcome to read Raina aka Echo's original story but it is an unfinished project being used for parts now.***** Raina has always known she was adopted, and of her Native heritage, but now it was time to step up as the matriarch of her tribe. Easier for her, than her Mother and Father.

Join us on the Echo's Journey to finding her forever family, well, until her mothers family finds her, or perhaps discovers her would be a better description.