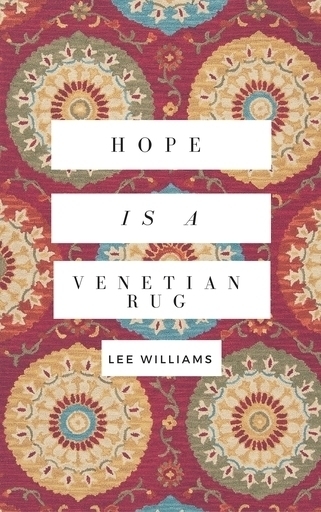 Hope Is A Venetian Rug

A hitman questions his life after discovering a magnificent Venetian rug inside the housing project of his next victims.

It was once brand new, this crumbling Venetian rug. The fringed matting enhanced the innards of the housing project in a swirl of yellows and teals and aquamarine; a forgotten mural stretching across dead-autumn leaf carpeting. The morning light sliced through the slits of the blinds, casting rays on the interlocking roses etched into the carpeting like gnarled fingers.

What a feast for the eyes.

I’m sitting on Mario and Desiree Gutiérrez’s sinking couch—pistol in hand—the plastic legs of my suit crinkling as I scuff my bagged boots against their rug, conjuring up lost splendor in the static electricity. My eyes wander to la cocina. Red rivulets trail from a listless body on the cracked linoleum floor, streaking across the drab carpeting to the crimson rug like rivers racing to the sea.

The array of red lines dance in my vision—did the crimson rug once pump this Section 8 like a beating heart?

I sigh. The rug must’ve been magnificent in its prime, stitched with love by careful hands in Venice. It was too late to ask Mario or Desiree, with their beaded draperies and smashed Virgin Mary statuettes.

How could two illegals from Chihuahua appreciate a rug fit for a Medici?

Perhaps the Venetian was purchased after the couple fled the Conner plantation. Old Man Conner paid the coyotes a hefty sum to get the Guiterrezes to Georgia, and he threw a fit when he’d found his investment missing; they had to have known I’d come for them, eventually. As I followed the loops, spirals, and dust bunnies in the matting, I try to imagine their faces as free—escaped—people living on borrowed time.

“Them being wetbacks won’t be a problem for you, right?” Conner said to me upon delivering the kill-list.

“Mexicans,” I said, flashes of my Oaxacan youth streaming far in my memory. “And not at all, cabron.”

Before my mother shipped me to the U.S. by coyotes for a bright future that never came, she used to tell me that I was a terrible liar. Decades of hard living in the husk of southern Georgia had proved her wrong. I convincingly lied everyday by simply existing in a world I cared nothing about.

I’d wished that Mario and Desiree cashed in their optimism and high-tailed it out of the Peace State before I arrived. Dios I hoped the couple was smart, because they couldn’t hide. I knew every nook and cranny of the dusty-roads of Syrupmaker County. In the oil of night, I tracked the beating hearts of poor souls. Ultimately, the identities of those printed on Connor’s contracts—like Mr. and Mrs. Gutiérrez—always blurred into numbers on a page.

Unless you looked into their eyes.

I rubbed my bagged feet across the carpeting, taking great care to avoid the red puddles seeping inch-by-inch to the border of the rug. Maybe the couple bought the rug thinking that the worst was behind them. In their great, doe-eyed hope, the Guiterrez’s imagined the world at their feet, paved in a golden highway to happiness.

But the rug sits un-vacuumed; hope faded somewhere along the Guiterrez’s road, like the fiery red and orange of the Venetian. Such a shame. The rug was the only thing worth hopeful in this bare room—this tomb—and devoid of the very life it was supposed to champion.

I gaze at the limp arm in la cocina, avoiding the expression of despair frozen on Mario’s face. I didn’t need to see the eyes attached to the job, which led to the emotions, dreams and hopes of one day not having to run anymore. To blend in. Become American. If I look into that room, I’ll see a person that dreamed once—who felt life—and tried their best to make it into something hopeful. Tried and failed.

Mario was already gone before I’d arrived, having traded his golden road for a grim reality by his own hands. Connor described Mario as a “frightened rabbit” and unlike the outspoken Desiree, who’d most likely goaded him into freedom. His wife was missing, the only remnant of her presence a handwritten note that said: La vida no es un escape hasta que se produce la muerte. Neither of them would ever hear my plea. And here I sat, unloaded weapon in tow, providing this Venetian rug with more attention than its owners.

I stand. The morning was drawing near and children would soon be waiting at the bus stop. It was as perfect a day as any to buy my own Venetian rug.

Your writing's so evocative, Lee, so immediate. And you're great at grounding settings with personal details. 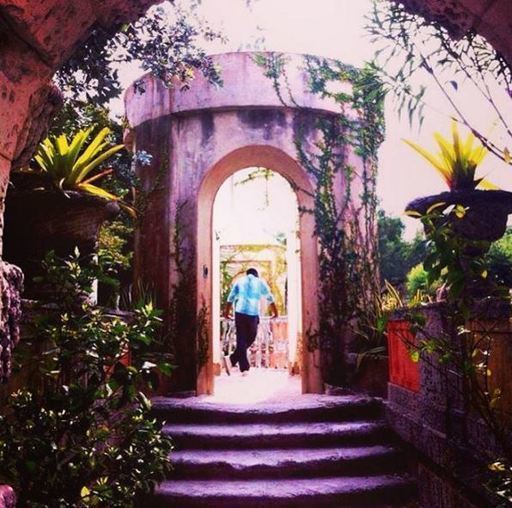 "Human Stories, Vol. 1" is a short story / photography collection about the collisions of life, humanity and the people trapped between the fury. A singular truth emerges from these encounters: That we are all caught off guard by the unpredictability and beauty of our days. Our response to the jolts of life--whether they be an unexpected love or a grievous mistake--is a summary of our inner character and personality...which inspired me to write these stories.