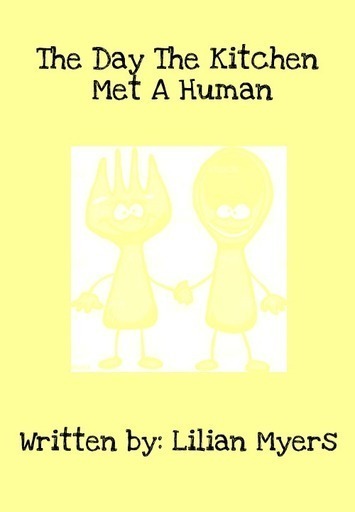 The Day The Kitchen Met a Human

The kitchen utensils and appliances have a happy life in their happy home. That is, until, the house is FOR SALE! The kitchen must do whatever it takes to save their lovely home.

0 Reads
2 Favorites
Get the App

I also just found this in my drive! Sorry for the incorrect grammar! I wrote it like three years ago XD. I tried to fix most of it  :)

It all started down in the village of Allumana, that tiny cottage planted right down beside the slow, quiet river flowing into the unknown. Just the delight of hearing those birds chirping and the slow gushing sound of the river every morning could brighten up even the darkest of moods. And not humans moods, as this cozy cottage was not being used by humans. In fact, the only voices you could hear, were the ones from the kitchen. The kind, gentle voices of Mrs. Ovee and mother Spatchy would blabber on about afternoon tea, and the latest gossip about the previous owners of the cozy cottage. The loud, high pitch yells of Spoony and Forky arguing about who was more important- spoon or fork. The low, grumbly voice of Mr. Ovo complaining about who knows what and Brainy going on about math exercises and baby Patch, staring at everyone, wondering if they could ever get along. Most days in the cottage were fine. After all, these people have known each other their whole lives. Well actually, all days in the cottage were fine, except for this one...

“You know, Mrs. Ovee, that husband of yours sure does know how to stay grumpy.” mother spatchy pointed out to dear Mrs. Ovee.

“Oh yes, he sure knows how to put on a show.” Mrs. Ovee replied. Mr. Ovo grumbled, as a way of telling them that he could hear them. Patch made a call for his mother. He was already nine years old but was still the youngest.

“Mom!” he called out. Spatchy replied

“Coming dear!” and with that, she hopped off of the oven and made her way across the kitchen.  But she was stopped. Everyone was startled by the sound of something being knocked over outside.

“Yikes! What was that?!” asked brainy. Microwaves were smart, but not smart enough.

“I would go see, but I Can't move, unlike you people” grumbled Mr. Ovo. Mrs. Ovee spoke up, “Forky dear, could you please go and check?”

“She asked ME!” forky yelled.

They began fighting again, as usual. And spatchy just hopped up and went to go see what it was. She tiptoed towards the door, filled with fear, when the door swung open and knocked her over. The sound of the door opening made Spoony and forky freeze. As everybody else did too. It was part of the magic. They had to be still. Spatchy was still lying on the floor, holding her breath and a big, funny shaped thing, wait, it was a, a, a shoe! It stepped right on to spatchy. But it wasn’t just a shoe. It was a HUMAN! Spatchy knew what they looked like from looking at magazines, but she had never seen one in real life. She heard that they could be dangerous, but she still had to stay still. The humongous human picked up the spatula and threw it across the hall.

“Who left this here?” he asked in his big, enormous voice. After him, two other humans walked in, this time a boy and a girl. The girl asked a question

“So, this house is for sale right?”

“Yup, and for a reasonable price too”. The first big man replied

“Great!” the lady said, and her and her friends headed out the door. SLAM!

I think so! “ she yelled back, and walked over to the kitchen.

“Guys, we have a problem” brainy, the microwave stated. Everyone else stared at each other and looked puzzled. Mr. Ovo, the oven opened his mouth to start talking but gave up. Brainy continued

“Those people, they, they are going to buy this house”. Microwaves could be really smart after all.

“But, but they can’t!” shouted patch.

“Exactly!” shouted Spoony “and we are going to do everything we can to stop them! Who's in?!” they all shouted ME! In a sort of cheesy way.

Everyone turned to Mr. Ovo. under pressure, Mr. Ovo grumbled

“Me” and by a miracle, a tiny smile appeared on his grumpy face. Forky held up a clip board. The tiny, scribbly words on it read: Plan.

“Alrighty, spatchy, you are going back to that door to give us the signal. Spoony, you are going to jump out of the cutlery drawer when I tell you to. Patch, you are going to slap em in the face. I will scribble all over the “For sale” sign, and brainy, Mr. Ovo and Mrs. Ovee, sorry, but because you can’t move all you will be able to do is scare them whenever they walk by” forky shouted. He scribbled a few more things down on his clipboard and asked

“yep!”. And so, everyone got in position, waiting for the big moment to happen. This kitchen loved their home and would do anything to protect it. The kitchen all got in position for the big moment. They were all determined to keep this wonderful landscape. The kitchen stayed in their places for three days straight until finally, the door opened and spatchy threw the raw cookie dough into the kitchen to give the signal. Spatchy followed behind the humans, tiptoeing as she went.

“So, do you folks wanna take a look at the kitchen?” “ the seller asked. He pulled up his giant pants and scratched his forehead.

“Well we would love to!” The women exclaimed. She flicked her long, wavy, silk, blond hair into the air and stepped into the handful of raw cookie dough on the floor

“Eeeeeeeek!” She shrieked. And tripped over her huge red high heels. The man beside her helped pull her up and they began walking again. They headed towards the ovens. Mrs. Ovee and Mr. Ovo opened up their oven doors and blew steam out. The man walking beside the woman stuck his head inside Mr. Ovo to check what was wrong with the oven and Mr. Ovo turned on his heat to the highest it would go to and within seconds the man pulled his head out and the lady shrieked again by the sight of her husband’s head on fire. Mrs. Ovee counted inside of her head until the breakdown. One… two… three…

“Ahhhhhhhhhhhhhhhhhhhhhhhhhhh!!!!!!!!!!!!” He screamed. His wife grabbed a bunch of towels and started throwing them at him. The seller, who was much more smart, filled up a bowl of water and dumped it on his head. His wife dried off his head with the last towel. The seller, the husband who was very, burnt and hairless at the moment, and his wife walked around the kitchen some more, opening drawers as they went, until finally, they opened the cutlery drawer and Spoony jumped onto the woman’s face.

“Ahhhhhhhh! It’s a lizard!” She screamed and fell backwards, almost fainting. Before she got the chance to get up, patch jumped off of the counter and started to slap her in the face. The lady jumped up, and pulled both, patch and Spoony off of her face. She and her husband ran out of the house, both screaming as they went. The, big guy was still in the house though.

“Alright guys, you know what we have to do. Put your game face on, ready? ONE, TWO, THREE!” Forty shouted. Brainy, Mr. Ovo and Mrs. Ovee screamed and cheered while everyone else ran towards the seller and climbed all over him making him yell and shoot out of the house. Everyone cheered.

“Woo hoo! The house is ours!” Patch cheered.

“Wait. We still have one more thing to do.” Spatchy said. The others looked at each other confused. Spatchy walked over to Mr. Ovo.

“I think we should give Mr. Ovo the honors of doing this.” And with that she passed him a huge pack of flower.

“Oh yes you can” spatchy continued. She squeezed behind Mr. Ovo and clipped some wires. Mr. Ovo fell on the floor. Then, out of nowhere, Mr. Ovo automatically had tiny, springy legs. He pulled himself off of the ground. Spatchy did the same to brainy and Mrs. Ovee. Now everyone had legs! Spatchy passed the flour back to mr. Ovo, and everyone followed him outside. The three humans were outside, looking at the for sale sign which was covered in permanent marker, and Mr. Ovo climbed right on top of the seller and ripped a tiny tear in one corner of the packet. Everyone watched quietly. Mr. Ovo moved the package over top of the seller’s head and everybody made the count down.

“ONE, TWO, THREE!” They shouted. And the whole bottom of the flour package tore open, dumping all of the flour on top of the seller's head.

“I have a white face!!!!!!!!!!!” He yelled. Then he started chasing everyone towards the house. They all got inside and shut the door right before the seller got inside. His face smashed right into the door. As soon as the kitchen heard the thump of the seller falling to the ground, they knew that the victory was theirs. Luckily, Spoony had a confetti popper, and he decided that this was the right time to use it. He pulled the string and a whole bunch of confetti  came shooting out. Everybody smiled and cheered. And you know who smiled the most? Mr. Ovo. That’s right. The old grumpy oven was the happiest. The most big, happy, smile stretched across his face. And they lived happily after ever. 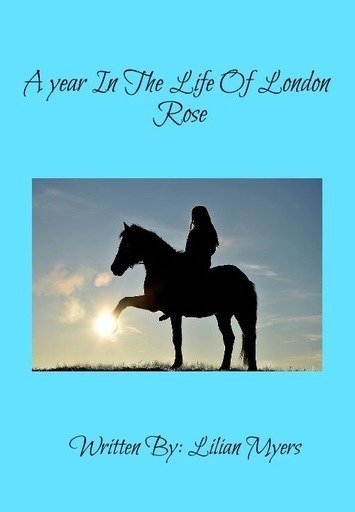 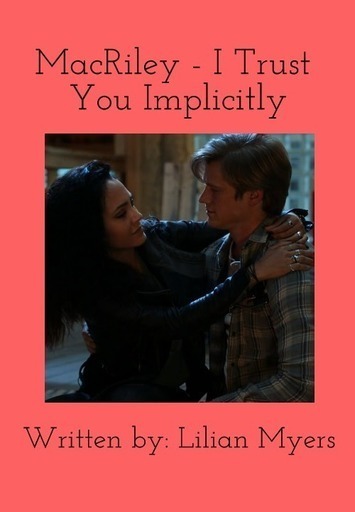 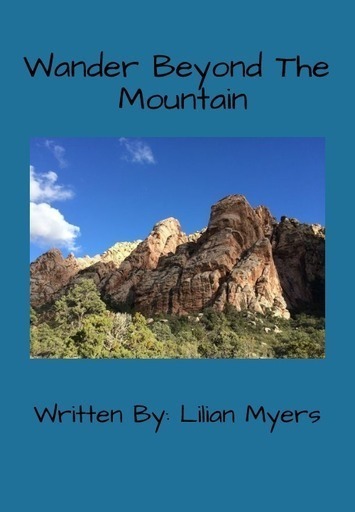