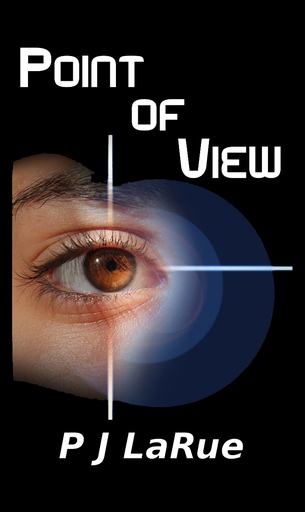 Five historical short stories with a pinch of parody and conspiracy theory twists. Who is the “real” D. B. Cooper? You'll be intrigued by the identity of his parents. Learn the undisclosed reason for the Titanic’s loss. Can FBI Agent Susan Kane save the world from a repeat terrorist attack? How are Imelda Marcos, shoes and a shortage of chocolate responsible for the end of the world? You’ve read the “relationship theories” between Presidents Lincoln and Kennedy. This short story explores the “relationship” between John Wilkes Booth and Lee Harvey Oswald. Sneak Peeks of P. J. LaRue's other books are included as a bonus.

44 Reads
0 Favorites
Get the App

All rights reserved. No part of this publication may be reproduced or transmitted in any form or by any means, electronic or mechanical, including photocopy, recording or any information storage or retrieval system, without written permission from the publisher.

Published in the United States of America

Thank you for the compliment. Did you enjoy the stories?

That's a compelling synopsis you have there :) Drew me right in.

THE YOUTHFUL ATTORNEY leaned across the table in the jail’s dingy interrogation room. “Your former counsel passed away, Mr. Cooper, so I’m replacing him,” he said. “My name is Michael Bradford. Please explain why you are here.”

D. B. Cooper sighed and passed a gnarled hand over his thin, weathered face. “In 1971, a man used the name Dan Cooper when he boarded a Northwest Orient Airlines flight in Portland, Oregon. As the plane taxied for takeoff, he showed the flight attendant a bomb. Then he demanded $200,000, four parachutes and that they land in Seattle for these items.   When his demands were met, he released most of the passengers and crew. He told the pilot to fly toward Mexico, and then he jumped out over the Oregon-Washington border. Cooper, the parachutes and the money were never found. I was questioned because of my name, and cleared of any wrongdoing. But last week they called me in for questioning again. This time, they ran a DNA test on me. Hasn’t the statute of limitations expired?”

“I’ll look at that,” answered the attorney. “And I’ll find out why they arrested you.”

The next day, Bradford returned to the jail. “I have some information for you, Mr. Cooper,” he said. “First, a grand jury indicted John Doe, a/k/a Dan Cooper, for the hijacking. Based on that indictment, prosecution may proceed if the hijacker is apprehended. Also, a packet of $20 bills was found in the Columbia River area in 1980. Their serial numbers match those on the ransom money given to Dan Cooper in 1971. Further, DNA was found on them, and matching DNA was found on cigarettes smoked on the plane. Your DNA matches both samples. Now, is there anything you should tell me?”

“Answer me, Mr. Cooper! I need to know the truth in order to defend you. And, by the way, your DNA has been linked to a prominent American icon, but investigators didn’t reveal your parents’ identity to me, because they want confirmation from a second lab. So, what haven’t you told me?”

Cooper looked sharply at the attorney, wondering which parent Bradford meant. Both were American icons who had been together only a brief time, because his father was married. However, that was no longer important.  What mattered was the DNA evidence linked him to the hijacking, meaning he would never be released.

“I was told of my lineage as a child,” he said finally. “But I was sworn to secrecy, and only a few people knew the story.”

“I don’t care about childhood promises,” Bradford said. “As I told you, the hijacker can be prosecuted even now, decades later, because the grand jury issued that indictment. It’s my job to prove your innocence, so stop playing games.”

“You think I’m playing games?” asked Cooper sarcastically. “Okay. Here’s a game called ‘Do you know American history?’ It’s about three mysteries the police never connected, and you’ll have to identify my parents from what I’m about to tell you.”

With that, he handed Bradford a photo of a young boy. “That’s me. I was born in 1930, with a different name. My father wasn’t married to my mother, so he convinced his wife to raise me as her child, because I was his first-born son.

“She tried, but finally made my father take me away. I couldn’t go to my birth mother because she was single, and that would’ve created a scandal.  With no other alternatives, he staged my kidnapping. I was ‘missing’ for about two months before the decomposed body of another baby was found. The police thought it was me. My father went along with their theory, because that meant he wouldn’t have to kill me to keep his secret.”

“So what happened then?” asked Bradford.

Cooper shrugged. “A couple who were his very close friends sailed to New Jersey from Maui when they heard I’d been kidnapped.  My father asked them to take me to Maui to live on their plantation. They agreed to keep my parents’ affair and my identity a secret and adopted me. They named me Daniel Benjamin Cooper, but Danny Boy was my nickname.

“My parents loved to travel, so they visited me often, although separately, of course,” Cooper continued. “When I was seven, my mother suddenly stopped visiting. I felt so abandoned, because I’d lost my father’s wife, who I thought was my mother, and then I lost my birth mother. The Coopers gave me everything they could, but they couldn’t give me back my mothers.”

“Did you know your father well?” asked Bradford.

“Not really. There was a small airstrip near the plantation, where I met him when he visited. He was a pilot. And the first day he took me up in a plane, I wanted to be a pilot, too. Have you guessed my parents’ names yet?”

“I have no idea,” replied Bradford. “How could anything you’ve told me provide clues to your identity?”

Cooper shook his head. “I didn’t think you’d get it. My mother was adventuresome and she died young, which explains why she quit visiting me. My parents met in Paris and had an affair. My father intrigued my mother by pointing out that they were both quite remarkable in the same fledgling field of work. He convinced her that with their combined strengths, their children would have extraordinary capabilities in the same field of work. As I said, she was adventuresome, and she bought into it.”

Bradford stared at Cooper as the clues came together. But he didn’t say anything, because he wanted to check his theory.

“So you haven’t solved the three mysteries yet?” Cooper asked. “Well, if you don’t know, I’m not going to tell you. Do some more research. Oh, and find out more about the DNA results. I’m curious to know which side of my family was tested.”

Back at his office, Bradford logged onto the Internet and began to search. “I was right about his father,” he mused aloud. “But I never knew the child survived the kidnapping. I guess that was the point of the cover up.”  Next, he typed “women aviators in the 1930s” into a search engine and a short list of names popped up on the screen. One jumped out at him, because the date of her death matched the year Cooper said his mother quit visiting.

The next day, he told Cooper, “It seems your father, Charles Lindbergh, had his remaining children and grandchildren DNA-tested once the technology was available. I presume this was to strengthen his claim that you were kidnapped and murdered as a child. He probably told everyone that DNA testing would assist with identifying other children or grandchildren who might be kidnapped in the future. But because he’s dead, there’s no way to validate this assumption.”

When Cooper didn’t reply, Bradford said, “And, your mother was Amelia Earhart. When she attempted her 1937 solo flight around the world, she crashed and neither she nor her plane was ever found. But why did you hijack that plane and demand the ransom?”

Cooper smiled sardonically. “I altered the serial numbers on the money, so it couldn’t be traced. Then I used the money to look for my mother’s remains and her plane. The Pacific islanders who helped me search threw her remains and pieces of her plane into a volcano. They respected my wish not to invade her privacy and never revealed that she had been located. My mother is probably still the best-known female aviator ever, because her mysterious disappearance made her stand out from the rest, just as my staged kidnapping made my famous pilot father even more famous.”

“Did you ever become a pilot?” Bradford asked.

Cooper shook his head. “No. But I wanted to fulfill the experiment of my birth and make my mark in aviation, anyway. And I did, because mine is still the only unsolved plane hijacking case in United States history. To this day, people argue about whether the mysterious D. B. Cooper survived the parachute jump and if so, what he did with the money. People still claim to have heard my death bed confession, or to be related to me.”

“Okay, so how about the rest of your story?” Bradford interrupted.

“How did you survive the nighttime parachute jump? The weather was cold and rainy, and you were wearing just a business suit.  Not to mention that you jumped into deep woods full of bears and wolves, you took no food or supplies from the plane, and there was no way to control where you landed. Not to mention that your parachute lines could have been caught in the trees and you would have died there.”

“If I told you my secrets all speculation about me would end, and I would quickly be forgotten,” Cooper said. “What I want more than anything is for people to keep talking about me. And they sure as hell will now!” With that, he pulled a shiv from his sleeve and plunged it straight into his heart, solidifying his place in history alongside his parents.

The Confession of D. B. Cooper

Charles Lindbergh had a child who was kidnapped and murdered.

Amelia Earhart’s plane crashed and hasn’t been found as of the date of this writing.

A man who called himself Dan Cooper hijacked the Northwest Orient Airlines flight in 1971. The hijacking was never solved.

Neither Dan Cooper, aka D. B. Cooper, nor most of the money was ever found. DNA was collected including a strand of hair and saliva found on cigarette butts.

A replica of The Spirit of Saint Louis at the Saint Louis Airport triggered a series of “what if” questions that led to the short story The Confession of D. B. Cooper.

Some conspiracy theorists believe that the wrong baby was identified as Lindberg’s.

This story was listed as an honorable mention in the 2011 Writers’ Digest Popular Fiction Awards Contest in the Crime category. 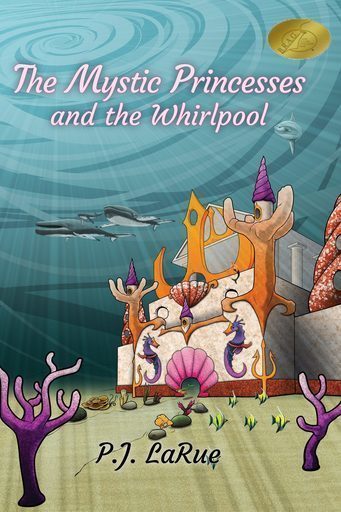 The Mystic Princesses and the Whirlpool

Meet The Mystic Princesses - Role models who solve their own problems. They work hard and play hard. Have you ever wanted to ride a dolphin or dreamed of playing on a rainbow as if it were a waterslide? How would you feel if someone tried to kidnap you, and you were forced to move to Hawai'i to hide and live with people you don't know? That happened to Harmonie. Come meet Harmonie, her new Mystic Princess friends, and find out what happens when her enemies, the Children of Ares, find her again. The daughters of the elemental gods and goddesses learn they have inherited elemental powers. Their skills can be used for fun, such as...