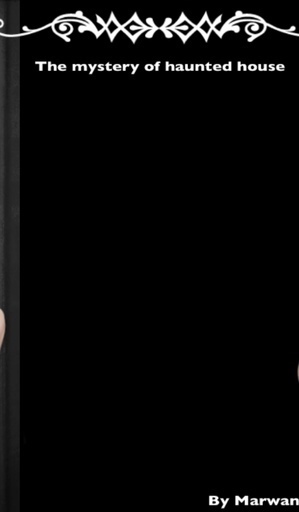 The Mystery Of Haunted House

Two kids that one day save the world

There was a family who lived in the same house for years, Then the whole family decided to leave this house and go to a better and bigger house because there house was small. The family was Phillips a young boy with blond hair, Mark a big big boy that has a black hair and there mother was a hardworking mum that loves her children so much. When all of the family decided to leave this house, at first mark and Phillip didn’t agree but, Phillip said ‘Hey mark you know that mum really work hard for her so let’s just listen to her today okay’. ‘Ok’ said mark. When the whole family went out for dinner Phillip and mark were happy because there mum said that there house is gonna be big. After dinner all of the family went to sleep but mark didn’t have a good night sleep because he dreamed about the house being in the middle of a creepy forest but mark told him ‘mum would never make us go to a House like that’. That made Phillip more happier so then both of them slept. In the morning, the first thing they did was wash there face, brush there teeth and ate breakfast. They were so happy to hear were they are gonna live and house big is the house. They heard there mum walking towards them, when there mum reaches them she told them the new they all have been waiting for. The mom should them the picture, both of them starred at it first. They said ‘why the heck is our house in the middle of a forest’. There’re mum said ‘this is the only house I could find that is big’. ‘Ok mum but all the houses that are in the middle of a forest is usually haunted’ said mark. Don’t say that all of this news are fake and everyone go and pack so tomorrow we could move out. The brothers both of them packed and while they pack they talked about the house. Mark said ‘I think it’s scary’. The Phillip said ‘I agree’. They went to bed. After they woke up they ate breakfast and made a little chat while eating, got ready and we’re ready to start there journey to the house. They slept in the car because the car made them feel sick so mark recommended to sleep. In the journey there mum saw a lot of new places she had never seen. After that fun and big journey there mum woke them up. They got out of the car and did there first reaction to the house. Mark said ‘it’s decent and good’. Phillip said ‘it’s big and pretty decent’. All day they played games, they read books and ate food, after they finished food there mum said ‘that was a fun day huh’? ‘ Yes mum’ they both said. After saying it was a fun day they falled on the ground because they were so tired so there mum picked them up and they both went to bed.

After they woke up in the morning the first thing they did were talk about each other dream, Phillip said “I dreamed about beating you in a box match’. Mark was astonished and surprised because that he had the same dream. After a moment being surprised they thought about playing right now but  they ask there mom first but there mum, she told them “you guys have to eat and brush your teeth first”.  They said “ok” They wanted to play vs each other in boxing match so they first went and brush there teeth, while brushing there teeth both of them were happy, They ate food because everyone eats breakfast every morning, after breakfast they both told there mom that they will play games  while being happy to defeat each other and there mom said “ok but did you eat and brushed your teeth first”. Mark and Phillips said “yep mum we did”. “ Then you guys can play” said the mom. They went and play but when Mark defeated Phillips , Phillips cried because he really wanted to win but because his brother is kind he told him one more round  because you are the best brother I would  imagine that I have and he lost by accident so then his brother became so happy that he hugged him and said “thanks brother”.  The two brothers became happy. After a while they became bored and decided to read some books. Then they heard some scary noises that was like a zombie, they both became so scared that they both said to each other “what is happening mark” said Phillip. “Idk”said mark. Mark called out and shouted mum, but no one responded. Phillips went to check on his mum but when he went in he screamed. Mark said “it ok don’t scream”. then mark went to check on him and became scared. The door opened by it self then they both went out of the house. They found themselves in the middle of the forest and  walked a few miles then found a small cottage in the middle of nowhere. They got scared at first but there was nothing else to do. They went in and knocked “sir”said Phillip. “ Ahhh” said unknown person.  ‘Im getting scared mark’ said Phillip . Then the door open and a big wind hit them. It was a old man who looked like a zombie, he said ‘who are you’. They both said ‘we are lost and our mum is gone’. He greeted them and said ‘ask me any question’. The first question they ask was that ‘ there house got haunted and how did that happend and what happend to our parents’ said the kids.

The old man replied by saying  “that your mother is in a cave nearby, and i will show you kids where is it and the haunted house was I don’t know’. “Thanks sir we really appreciate your helping to us said the kid’. As they walk to the caves in the forest there were a lot of animals like spiders, Ants and tigers. When they reach the cave something astonishing happened the old man was not a old man he was a half human half alien and he blocked them in the cave. “ This old man is a traitor”.Said mark . Phillip and mark didn’t know what to do so they thought about what really happened to there mom, they think that the fake old man knows about it. “ What are we gonna do said Phillip”. “ I have a idea” said mark. Mark said “I read a book about how to escape a a cave that is blocked and it said that we should try to find a small hole in the celling so we can climb and we use our hand so we dig up until the small hole becomes a big hole”. “ Brilliant idea” said Phillip . They spent the next few hour digging up and eating a small chocolate that Phillip got from the house before they leave. Finally they finished and got out. Mark said  “I’m happy to be back”. Mark and Phillip continue there journey and they found a pistol on the floor so they can’t defend themselves in case something happens. After 1 year of finding bigger guns to defend themselves in the wild and finding food to eat. They found a place that looked like a secret underground base the had a lot of half aliens and half humans. “ Finally we found the fake old man again” said Phillip. They found there mum too .