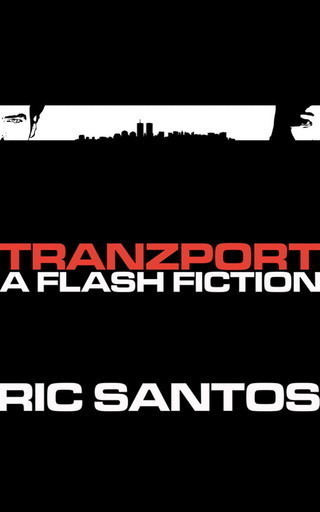 68 Reads
0 Favorites
Get the App

This ebook is licensed for your personal enjoyment only. This ebook may not be re-sold or given away to other people. If you would like to share this ebook with another person, please purchase an additional copy for each person you share it with. If you’re reading this book and did not purchase it, or it was not purchased for your use only, then you should return to Smashwords.com and purchase your own copy. Thank you for respecting the hard work of this author.

Visit Ric’s Independent Author Network page to find out where to purchase:

Another short story for your reading pleasure! Tranzport was based on ideas for a story I was developing. I ultimately couldn’t find the right way to present it as a traditional short story or full-length novel, so I opted to go the flash fiction route. I’ll evenly distribute the ideas that came from the early drafts onto other works, but what you have here is the main event.

A flash fiction is a very short piece of work that, as I came to understand, should be about 300-1,000 words or so and I think this format works. You’re given just enough to understand the motivation of each character, but so much is left open. The fun in this is creating your own background and that’s what I try to aim for with these shorter stories. Who are they to you? How did they get to this point? What exactly is in the box? Please, have at it and come up with your own story leading into this fight.

The reveal at the end was actually a subject I had reservations on. I didn’t want to make light of history for obvious reasons and hope that after reading this, there’s an appreciation for what the message is. It’s not political in any way, but the thoughts of a native New Yorker coming to life in a story I hope you enjoy.

This was also rejected by a publication for print. I suppose it didn’t fit their kind of writing for their annual magazine. With that, there’s a part of me that’s determined to get this out and prove that if given a chance, it would’ve worked. It’s not ego, just determination in making my way in this turbulent world of writing and entertainment. If it didn’t or it doesn’t with this release, the reader should make the decision of rejecting or accepting.

Thank you for reading this and for reading Tranzport. Please forgive any errors with punctuation or grammar.

Our battleground: the rooftops of the skyscrapers of the metropolis. Those who choose to dream in peace or remain in the comfort of the lower levels of the city at this hour remained ignorant to what was happening. It was best kept this way.

The two of us, the best of our respective organizations, need the box that I’m holding in my hand. It’s too important to lose at this stage in the game. I can feel the wind razors cutting at my face and hands as gunfire rips through the darkness. They’re too slow to catch me. As I make my way through a door, smashing my shoulder to break the lock keeping me from a momentary salvation, I run down the steps in a mad dash to the next fourth or fifth floor down. He’d guess I’d stop at the first doorway I see.

I’ve no time to catch a breath, but it’s so dark I need a moment to gather myself and understand my surroundings. I’m inside an office, that’s for sure. The only light source from outside of the grand windows barely gave me enough to work with. This long jacket isn’t slowing me down, neither are my boots or backpack I’d placed the box in, but these few seconds of rest by default make me aware of just how heavy they seem. The darkened colors should keep me concealed.

It was then that the lights of what seemed like a giant assault chopper blinded me. No voice came from speakers directing me to stop, but I could clearly make out the sound of built in machine guns setting up to release a storm of mayhem at my expense. I know I could dodge between the cubicles, desks and other office furniture; however, tonight is too important. I have to end this or come as close to ending it as best as I can. I’ve made my decision.

The rooftops were our arena for what seemed like forever. The people below or resting comfortably at home were protected by the unflinching notion that I, and others like myself, am there for them. It was best they were reminded of that.

The two of us, from what I can tell of her movements, are the best of our respective organizations. My goal now is to retrieve the box in her hand. It would be unthinkable to fathom the idea of failing and my reputation shattered. The cold couldn’t stop me as my already drawn firearm blazed a trail of fire towards its intended target. Too fast though, I’ll give her that. She’s broken through a locked door into the building and I realize I can’t make the jump to that platform. I forget for a moment, how amateur of me, that my communication line is still active. I call for the assault chopper and in what seemed like only a few seconds, its roar broke the silence of the night. I’ve no idea where it came from, but it was obviously hidden in plain sight.

The pilot maneuvered like a wheelman of the old vehicles from hundreds of years ago. Cars, I think they were called. My breathing began to ease as the heaviness I felt began to dissipate. I still had my knives in my boots and one full clip. It’s quite all right. I was focused on the task at hand. I need the box back or my organization loses all credibility and the energy supply to this city will be compromised.

The machine finally stopped when its illuminated gaze caught the bane of my night standing in the middle of an office. I instructed the pilot to initiate offense as I held myself out of the chopper door for a better view. My free hand gripping my firearm and ready if the machine gun cannons needed help. It was at that moment she began to run towards the giant glass. Something adhered to the window, thrown by the assailant, and within two seconds the glass disappeared into a thousand memories. Her long jump resulted in her hanging on one of the machine gun barrels just below the nose of the chopper.

I’ve no time to waste as the weapon began firing. The bullets and violent shaking weren’t my worry, but the heating of the barrel was the struggle I knew I wouldn’t overcome. I see him looking at me from the edge of the chopper door, gun drawn but having difficulty making the shot. My free hand had only one function: throw the time capsule below. It activated five seconds after my release and I had just about the same amount time before my hands gave in to the hot metal.

I fell, blinded for the second time tonight by its glow. I removed the backpack as quickly as I could, knowing that this energy source, or weapon, would help stop the events that changed this city centuries ago. I’m still unsure of how though, the scientist doesn’t tell me everything. I felt a sudden pressure and painful heat through my back and insides. The time capsule hadn’t open enough to fit a full sized adult, so my only choice was to thrust the backpack in at the right moment. Because an object was recognized, the portal began to close behind me as I continued to fall. The scientist, using the only other time capsule, would be in the year 2001 waiting for it at the designated location and hour.

I fell forever, a testament to these massive structures of the current world. If the impact doesn’t kill me, the bullet that shot through me will do the trick before landing. This was the likeliest outcome as I began to feel myself grow weaker and colder. Something caught my dying eye as I continued my descent. Just beyond the steel and glass giants surrounding me, two structures began to appear in a dream like fade. The scientist was right. Good on you, old man. As for myself, I could now die seeing history and knowing that people were safe. New York City. Well done.

I won’t try to explain the events of tonight. From a call of what was thought to be a simple theft at my employer’s place of work to a foot race with weapons out above the city and now random buildings appearing out of thin air. The Tranzport was also dead, regardless of hitting the ground or because of my clear shot to the back. That would be easy to resolve, but I can’t grasp these two buildings that I’ve never seen before. Losing the box or failing is now an afterthought to this event out of a science fiction showcase.

Wait, didn’t I just have my firearm in my hand? Why was I feeling oddly euphoric? In a split second, my motor functions had stopped but my mind still raced. Transfixed on the buildings becoming more solid in mass, the chopper and myself became more transparent. Something happened. It must have had to do with the energy source going through that glow. Where did it go? Or when did it go? I’m losing myself now.

The world around me began to disappear in a different kind of darkness; one I know I’ll never overcome. I wasn’t scared. I wasn’t anything really because my brain ceased comprehension. It hit me though, just before the moment of completion: I never existed in this world. Well done. 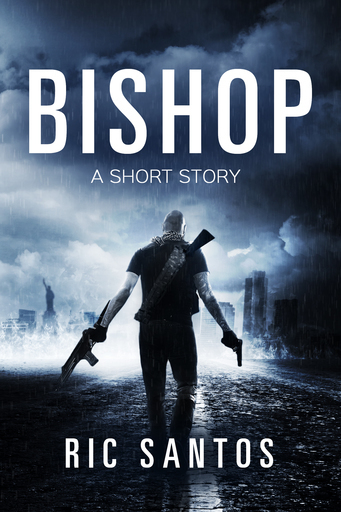 In a post-apocalyptic New York, one man will exact revenge on those who've wronged him. However, a price is paid. This is the first self-published short story by Ric Santos.