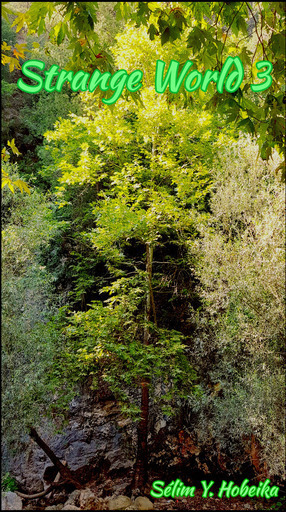 The third installment of Strange World. This volume, we embark on a short series of cases related to a new serial killer whom might have connections with the Jones' primary target: L.Johnson.

I know what you're thinking: The main character returns after being presumed dead for so long and decides to return to his duties and save the world from the ungraceful clutches of evil. It is correct to some extent, but I didn't want to come back to life this early. I've only been "dead" for a measly year. I should have been more careful, timed my food breaks a little better, reduced my total influence on the world. This "dead vigilante" lifestyle is harsh. I can't make any money because I'm supposed to be dead, I can't go around stealing as that goes against the whole purpose of a vigilante, I can't even sleep in my own bed with the love of my life by my side. As cheesy as that last one sounded, it's none other than the truth. I'm going too far ahead of the story. Let's get back to me getting caught by Lacey.

- Calm down Layz. I know it's too much for you to wrap your head around!Just put the gun down. You don't want to pull the trigger right?

- And why would I not want to shoot a burglar? Or a man that's posing as my late husband?

- A year late for that matter. I smirked as I began turning around.

Lacey was trying to keep a straight face even as she was trained to act in these situations. I felt it was necessary to take off my hoodie slowly so she wouldn't get startled. The second my face was completely uncovered, Lacey's expression changed from this serious anxious stare to one that would be compared to wax melting away, her face softened, her eyes turned red, she started tearing up. I decided to start approaching her slowly after noticing her grip on the gun was loosening up. I proceeded to dispose of the firearm.

Lacey was petrified. Her body was stuck in this temporary state of trance. I put my hand on her shoulder. She suddenly burst back to life and threw herself in my arms. I could already sense her pain drain away as her hold got stronger. I whispered in her ear:

- I couldn't let myself die away in a ditch and leave you to live in a hell of someone else's making. As long as you're here, I will live on and keep you safe.

She was unresponsive, disconnected. A pattern emerged: a tear would fall, she'd tighten her hold, she'd take a breath, another tear would leak away, she'd loosen up. I couldn't help but hold her even tighter. This went on for over fifteen minutes. Each repetition felt like an eternity. My mind began falling into a void. My thoughts drowning in a pool of their own blood. My conscience began sounding the alarm. Memories were rushing around, banging against my skull. I suddenly remembered that I was trying to explain my logic behind the disappearance.

- I'm sorry for not resurfacing any time sooner. Do you want me to explain myself?

- Lacey. I can't stay for too long. The Johnson Boys are closing in on me as we speak.

I pulled her away. I couldn't see her like this. Lacey ... weeping? The girl that tirelessly worked for years to keep the world safe without shedding a single tear to the people she couldn't help. She kept fighting. Even after my own death, she kept it in.

- The Johnson Boys?! What do they have to do with anything? Have you been working on the L.Johnson case? Ethan ... Why are you so persistent on cracking this psychopath's streak? He's too elusive. His copycats are everywhere and they're not afraid to use their numbers against you. I've already lost you once. I'm going to stand around and watch you overwork yourself for another impossible mission.

- Who else is going to do it? Certainly not the FBI. It's what I do. Now do you want a rundown of my progress or not?

- Calm down. You can be miles away from here in seconds. Running away can wait. a few weeks ago, I tracked a possible homicide where I couldn't stop the shooting. The victim was unconscious and unharmed. Were you the one that saved her?

- Yes. It was one of the Johnson Boys. I saw him pulling out his gun, waited for him to fire, went in, stopped the bullet and rendered both the henchman and the girl unconscious. I then proceeded to taking the henchman with me to a safe house I found nearby and asked him a few questions. After a few attempts, I got an address from him. It turned out to be the hideout for a few of his comrades. I was going to grab some food from the fridge before I went off to the hideout but apparently I got caught by this highly intelligent female. I'll report back once the mission is over.

I picked up the food, put it in my backpack and headed out. I didn't say goodbye or be right back. I guess not being able to go near her for over a year had a toll on my habits. I had to stay focused. Johnson isn't going to go down without waging absolute carnage around him. He needs to be stopped.

The Automaton-Enhanced Special Task-Force (A.E.S.T) is IBH-21's only line of defence against inter-galactic threats. Their weapon of choice: deployable automatons previously found on the on IBH-20, mankind's first Earth-like planet to have granted them peace and serenity for a centuries, which made room for further research on the automatons' peculiar morphology and the way they interact with the human body. Ian, 18 years old, has become of age to get to legally adopt an automaton. Find out how Ian's story unfolds in the first installment of the series. 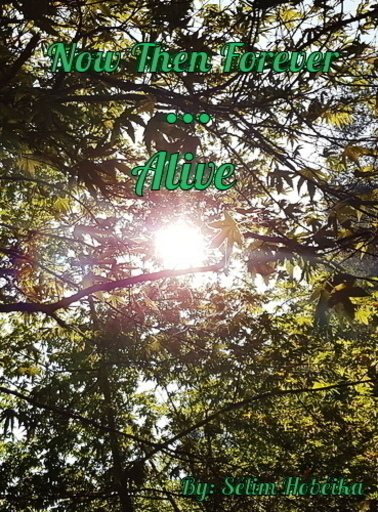 A log of every heart-stopping day and every soul-consuming night I've had. I hope you enjoy. 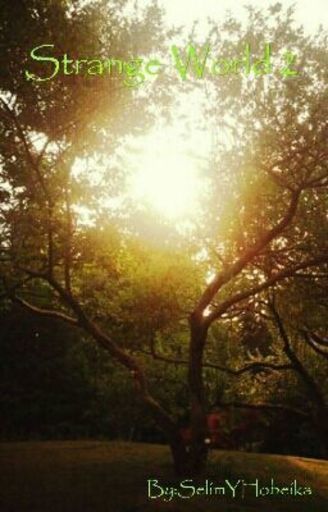 The Sequel to Strange World. This Time it's Lacey's Turn under the spotlight as she goes through her busy days working for both the FBI and The Trident. Will she let go of her husband that was murdered by her own boss ? Or is there still hope ?