5 Reads
0 Favorites
Get the App

It wasn't easy, but the numbers don't lie

Background
In 1970 Democrat R. Vance Hartke of Indiana received his party's nomination for a third term in the United States Senate. His Republican opponent was five-term Representative Richard Roudebush. Roudebush had agreed to President Richard M. Nixon's request that he give up a safe House seat to challenge Hartke, a persistent critic of the administration's Vietnam War policies. The ensuing race was described as "one of the most acrimonious and bitterly fought Senate campaigns in recent American history." Roudebush attempted to portray his opponent as sympathetic to Communist countries in general and North Vietnam in particular. He condemned Hartke's acceptance of a $30,000 campaign contribution from a Chicago mail order firm shortly before his appointment to the Senate Post Office and Civil Service Committee. Hartke, for his part, attacked the administration's military and economic policies, and his supporters suggested that Roudebush had not fully recovered from a head injury suffered in a plane crash two years earlier. On election day, Hartke received a slim plurality of 4,500 votes out of 1.7 million votes cast.

Statement of the Case
Richard Roudebush exercised his right under Indiana law to demand a recount, claiming irregularities in eleven counties. Vance Hartke successfully blocked his opponent's petition before a United States District Court, based on the argument that a recount would interfere with the Senate's constitutional right to judge the elections and qualifications of its members. Roudebush appealed this decision to the United States Supreme Court. Pending this appeal, the Senate seated Hartke on January 21, 1971, "without prejudice to the outcome" of the court case. Hartke then moved to dismiss Roudebush's appeal as moot, a claim that the Supreme Court rejected.

Conclusion
A year passed before the Supreme Court ruled on February 24, 1972. The Court decided that Indiana officials were within their rights to conduct a recount, but that the Senate was not bound by the results and could arrive at an independent determination. The subsequent recount reduced Hartke's plurality by only 48 votes. On June 12, 1972, Roudebush acted to terminate the recount. On July 24, Howard W. Cannon (Democrat-NV), chairman of the Senate Subcommittee on Privileges and Elections, announced that "Vance Hartke is the duly elected Senator from the State of Indiana and is entitled without reservation or qualification to his seat in the Senate."

In 1971 President Nixon had appointed Roudebush to a high-ranking post in the Veterans' Administration. In 1974, President Gerald R. Ford nominated him as that agency's administrator. The Senate Committee on Veterans' Affairs, chaired by Vance Hartke, recommended confirmation, which occurred on October 1, 1974. Roudebush served in that position until the start of the Jimmy Carter administration in 1977. He died in 1995.

Hartke lost his 1976 reelection bid to Republican Richard Lugar by a margin of 41 to 59 percent.

Rupert Vance Hartke (May 31, 1919 – July 27, 2003) was a Democratic United States Senator from Indiana from 1959 until 1977. Hartke won election to the Senate after serving as the mayor of Evansville, Indiana. In the Senate, he supported the Great Society and became a prominent opponent of the Vietnam War running for president in the 1972 Democratic primaries but withdrew after the first set of primaries. He retired to practice law after being defeated in his 1976 re-election campaign by Richard Lugar.

Hartke was born on May 31, 1919 in Stendal, Pike County, Indiana, the son of Ida Mary (Egbert), an organist, and Hugo Leonard Hartke, a teacher. His paternal grandparents were German, as were all of his maternal great-grandparents. He attended public schools in Stendal. He graduated from Evansville College in 1940, and from 1942 until 1946 Hartke served in the United States Navy and United States Coast Guard, rising from Seaman to Lieutenant. Hartke graduated from the Indiana University Maurer School of Law in 1948.

In the Senate, Hartke was best known for his opposition to the Vietnam War and his chairmanship of the Senate Veterans Affairs Committee. Hartke had a fallout with President Lyndon Johnson when he became one of the first opponents of the Vietnam War.

Hartke was elected to the Senate in 1958 at age 39 as a hard-working, liberal Democrat with a strong relationship with Then Senate Majority Leader Lyndon Johnson. In his first term, Hartke was a member of the Finance and Commerce committees. During his first term, Hartke lobbied for programs like Medicare and Medicaid, and supported the Civil Rights Act of 1964.

Hartke was re-elected in 1964, becoming only the third Indiana Democrat, after Benjamin Franklin Shively in 1914 and Frederick Van Nuys in 1938, to be popularly elected to a second term in the Senate. He helped create student loan programs and new veterans benefits during his second term. He ordered automakers to equip cars with seat belts. He helped to establish Amtrak as chairman of the Subcommittee on Surface Transportation. Hartke used his chairmanship of Commerce Transportation Subcommittee to make automakers equip cars with seat belts and other safety equipment. That his sister, Ruth E. Hartke, was killed in a head-on crash in Ohio (2 Sep 1964) while working his campaign likely provided motivation in that area. He also was instrumental in creating the  International Executive Service Corps, an organization, modeled after the Peace Corps that sent retired U.S. businessmen to poor countries to help turn small businesses into large ones.

Hartke was credited with important roles in the passage of measures that created or supported student loan programs, veterans' benefits and the Head Start Program. He also developed an organization modeled on the Peace Corps that helped small overseas businesses. Senator Hartke introduced a bill to create the George Washington Peace Academy and a Department of Peace. The concept became known as the first cornerstone for the campaign that led to the creation of the U.S. Institute of Peace.

Hartke was praised for winning passage of a measure making kidney dialysis more widely available. A statement entered into the Congressional Record in honor of his 80th birthday credited the measure with saving 500,000 lives.

His opposition to the Vietnam War was not popular in Indiana. In 1970, after a tight race against Republican Congressman Richard L. Roudebush and a ballot recount, Hartke won a third term by 4,200 votes. In 1972, Hartke was an unsuccessful candidate for the Democratic Party's presidential nomination against fellow Senators Edmund Muskie and George McGovern. Four years later, after narrowly surviving a primary challenge by freshman Eighth District Congressman Phillip Hayes, Hartke was defeated for reelection by Indianapolis Mayor Richard Lugar in a landslide. Until the election of Joe Donnelly in 2012, Hartke was the most recent Indiana Democrat, aside from a member of the Bayh family, to have won and served in the Senate.

In 1994, Hartke pleaded guilty to a misdemeanor election fraud charge in southeastern Indiana's Dearborn County. At the previous November's general election, a Kentucky-based casino firm had employed him as a consultant to support them during a casino-legalization referendum.

Hartke wrote three books — The American Crisis in Vietnam, You and Your Senator and Inside the New Frontier , the last co-authored with John M. Redding.

Hartke's daughter, Anita Hartke, was the 2008 Democratic candidate for the United States House of Representatives from the 7th Congressional District of Virginia. She lost to the Republican incumbent, Eric Cantor who subsequently lost in a major upset to Dave Brat.. 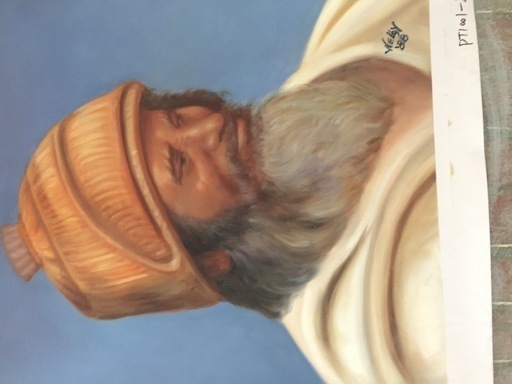 There is an has always been a great deal of speculation in regards to the origin of the human species, homo sapien. There are those who want you to believe that it was God who created the universe and all in it. In this book, I do not seek to make a definitive statement about my beliefs. As a journalist it is my duty to give all sides and let the reader make his or her own determinations. It is a complex, and yes a most controversial subject. This little book provides several flaming questions...most essentially as we end the year 2020 amide a major pandemic which has nearly brought our world to a screeching halt even as we prepare to...

My father was headmaster of Wellington College, where and when I was born, but of him there, despite his extraordinarily forcible personality, I have no clear memory, though the first precise and definite recollection that I retain at all, heaving out of nothingness, related to him, for it certainly was he, who, standing by the table in the window of the dining-room with an open newspaper in his hand told me never to forget this day on which the Franco-German war came to an end. Otherwise as regards him, somebody swept by in an academic cap and gown, a figure not at all awe-inspiring as he became to me very soon after, but simply a...

This is a book of quasi-historical fiction which begins when a United States Senator kicks off his campaign for the presidency at the historic Fancy Farm Picnic in Western Kentucky in 2016. On that day a terrible storm would brush through the small community but the elderly senator stood his ground, though all other speakers have long since left for dry conditions in front of a roaring fire. His campaign rhetoric is straight out of a populist game book and he challenges all others certain to join the fight to elevate campaign speeches to include a number of social welfare and health care reform. The elderly senator stays through the rain...