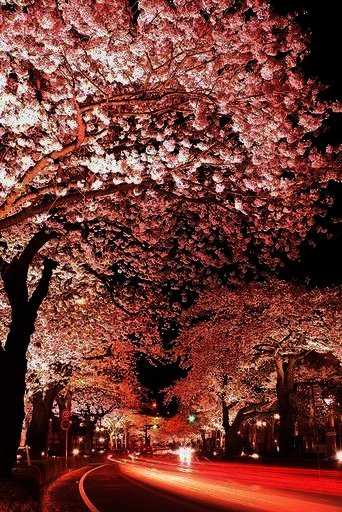 Laura Ripley is told by a mysterious acting queen to retrieve the kings crown, after being warned by her friend, Wheatley, about the queen. Laura is forced to go on a journey while slowly piecing clues together about the strange behavior in the castle, Laura is on a mission, one that may be pointless.

50 Reads
1 Favorite
Get the App

It was warm that day, but on that foggy rainy day in Tokyo, Japan, i felt the temperature drop, chills ran down my spine like a million ants, eyes wide and skin pale. Where the kings crown once stood, laid nothing. Earlier that morning i was assigned to a mission by Queen Roysun, “Laura Ripley, i have a mission for you, it needs to be completed URGENTLY!” She had told me, and that is what led me to the pedestal with nothing to sleep on it.

“Wheres the king?” I suddenly asked, “Does he know about this?” My eyes still on the empty and lifeless stand.

“He knows, hes just...somewhere far far away,” she chuckled, smiling at the ground. She all of a sudden threw her head up and said “He needs some alone time..to think.”

I left her words floating in the air around us as i struggled to turn my head away from the crown case. As i left i heard a thump, then dragging noises across the rug, i ignored them and continued out.  Walking myself out of the throne room and to the outside walkway, i took in a sip of fresh air. Felt good. Out of the corner of my eye i saw potion-maker Wheatley’s stand had more advanced equipment, the only time Wheatly would have to make a potion with a metal stand instead of his normal wooden one must mean he was too given an assignment from the Queen, out of curiosity i found myself with no control of my legs as i started to walk to his stand. I saw a white glossy sign on top of his stand that read, “Sorry, no potions for sale right now!”

When i got close enough for him to hear me i asked what was going on, in response he said

“The queen, i don’t trust her!” He whispered, “Every since the kings disappearance shes been acting all strange! Got everyone ‘round talkin’ ‘bout it!” He said, i got dragged into his interesting words, mostly because of the scottish accent but regardless, what he was saying intrigued me.

“And now she’s making me whip up this potion for the king!”

“You make potions for the king all the time, what's the big deal about this one?”

“You don’t understand Ripley, its a re-”

He was cut off by the Queens voice, roaring through the walkway like a herd of rhinos.

“ATTENTION!” She called. My face threw itself in Queen Roysun’s direction.

“The kings crown has been stolen,” She said, sadness in her voice, “I have assigned our best guard, Laura Ripley, to retrieve it.” Roysun’s face turned to me.

“Laura, the coordinates to the enemy hideout of who we think are in your bedroom.”

All of a sudden thoughts hit me like a million bricks. How did everyone in the castle know of the kings disappearance before me, surely the king would have told me of his departure before he left, i’m usually the one to announce that kind of stuff to the citizens of Reconnaissance castle, but it seems everyone found out on their own, how? And how did the Queen put the coordinates into my room, only myself and the king have a key into my room, the king is gone and he doesn’t trust ANYONE with his stuff, not even me or the queen! So its a huge doubt that he would have given the keys to the queen, which means he must still have them on him. It made no sense.

I looked at Wheatley then walked up to the hotel area for place guards, i walked down the corridor and to my room, 241. I slid my key into the lock and placed my palm on the cold wooden door. I pushed it open and saw a small slip of paper on my bed, the coordinates. I studied them and put the paper into my pocket, i recited them over and over in my head while walking to the place where they hold animals.

When i got there i was greeted by Henry, the keeper of the animals. He handed me a shiny golden key that unlocked the cage that my wolf was in, at the far end of the room, i pushed the key into the lock and turned it sideways. I placed my hand on the cold metal and tugged it open. Alpha burst out, wagging his tail. I hugged him. Alpha always goes with me on my journeys, hes one of the best pets you could ever have. I take him out to the gate where i look back at Wheatley, how does the king even know his crown was stolen?  If he was away there would be no way to contact him, unless she mailed a letter or something like that. I had so many second thoughts, but eventually i just turned my head and opened the gate.

Once outside i realized it was already night, not good. I was terrified of the night, and i knew Alpha could sense my fear because his eyes flicked on yellow and broke through the darkness like a sledgehammer to a wooden door. I thanked him and started to walk forward. All of a sudden i stopped in my tracks. I heard footsteps coming from the forest, oh god. Alpha turned his head and lit up the forest for me. Nothing, we continued to walk. About 7 hours later i stopped and managed to start a fire. Alpha seemed scared, so i told him everything would be ok. To be honest, he seemed more scared than me.

We woke up a while later, the sun was rising. It took us hours, but we managed to get to the enemy’s hideout castle. The thing was broken down, large hole at the entrance. The floors had fell, little of them remaining. The cement remains were all on the first floor, like a mountain piling up, leading to a crown case with a glass crown...not the kings crown. Alpha sensed someone,  and nudged me at my leg. After he caught my attention he pointed up with his nose. I turn myself and begin walking backwards with my head pointing to the ceiling, as i bumped into the crown case a blur jumped at me from the second floor. I rolled out of the way as the blur landed on the cement remains, he smiled at me.

It was Samuels, my brother, i knew that it must’ve of been him who stole the crown when i saw the coordinates, X -96 Y 47, rather weird coordinates, but those were his 2 favorite numbers. I took out my enchanted katana from the sword shaped pouch on my back.

“Wheres the kings crown?” I demanded.

“I know nothing of that gold plated crown of his, he was always such a showoff, probably sent you here for nothing!”

“I know your lying!” I choked out, i couldn’t seem to handle seeing my brother like this.  He just smirked at me. I could see a look in his eyes that told me, he no longer cared for me.

I ran towards him, punching him in the face and knocked him down. Still on the ground, he raised his foot and kicked me in the stomach, i fell hard on the remains of the ceiling.  As he stood up, Alpha lunged for him and knocked him right back down. I pushed myself up and grabbed him by his t-shirt collar and pulled him to my face.

“Where is the crown?” I yelled, my voice echoed throughout the destroyed castle.

“I told you, i don’t have it!” He looked at me straight in the eye, “Look everywhere in this castle, its nowhere to be seen!”

I threw him down with force, making sure the impact of the ground hurt. He groaned. I looked at him angrily and stomped on his stomach, he whimpered.

Me and Alpha did a thorough search of the castle, we found nothing, no gold crown was to be found. I was confused, so i made my way back to the castle. On the walk back i stopped at Swamp Nostromo, i always went there when i needed to think, and right now i need to more than ever.

How did Samuels not have the crown? It makes no since, the queen must have another destination the crown might be at. I looked at the water, the king once told me that the water here was magic, and that if i concentrated hard enough i’d be able to see part of my future that would help me solve what ever questions i had. So i touched my fingertips to the water, and concentrated. First i saw me, i was talking to the citizens, telling them something about the queen, and something about sins? Then i saw Wheatley and me walking to the Marisun Arch, huh? I thought, if we are at the Marisun that means that we are getting married and becoming King and Queen! But..the only way that could happen is if...then it hit me.

I ran faster than i ever have before, sweat running off me like i just got out of a pool. I pushed open the gates and ran past the guards. The crown was in my hand dripping with water. I had put all the pieces together, the king had used the lake before to see his future, he found out he was gonna die and the location of the crown, so he told me of the waters power so that in the future when i go in search of the would go to the swamp and find the gold hat deep in the water. He purposely led me to the crown!

I ran towards the Throne Room and went down to the dungeon. As i finished down the stairs that led to the dungeon i saw a glimpse of a blue and white coat being dragged down the hallway. The king. I ran towards it, hands of prisoners lunged for me, Alpha was still behind me. At the borderline of the corridor, i saw a cell with a note in it.

I rushed back to the stairs, an arm threw itself at me and grabbed me at the neck.  Alpha jumped and bit the arm, he managed to get a watch of it. On the back of the watch a note read: “She got the king and the queen” I looked at the prisoner, nodded in thanks, then continued my rush up to the Throne Room. When i got there, i saw the figure that resembled the queen looking directly at me.

She put her long fingernail to her lip and laughed.