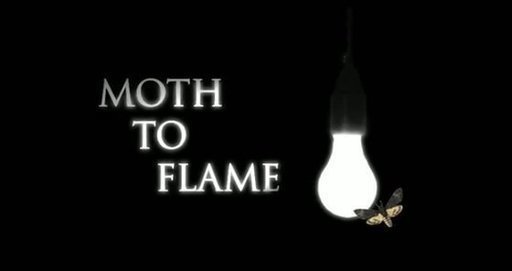 Moth to a Flame

A demon is conflicted about doing his job when a lovely young women is involved.

38 Reads
0 Favorites
Get the App

But it's my job. My purpose in this wretched existence is to afflict pain on unsuspecting humans. It used to be fun. I could whisper delicious sin into naive ears, watching as their lives tailspin into misery. Why was she assigned to me? She’s the closest thing I’ve seen to an angel in eons with her gold spun hair and big moss green eyes. She had an inner glow that lit the darkest of shadows. How could anything dare to intentionally cause her harm?

Spreading sin is such an easy task when the humans are so hilariously blind to my machinations. I can flit from one soul to the next with no one the wiser. They are unaware of my presence, you see? So, I could sit in her company without witnessing her fear of the cold, monstrous being creeping alongside her. Curiously, she would sometimes gaze directly into my eyes and freeze, captured by my stare. An indent formed between her brows; a questioning purse to her lips. I swore to all that was unholy that she could feel me there. Every time, she’d raise her hand, reaching out only to shake herself and return to the world around her.

My soul was voided long ago, but when I’d catch her eyes with mine, I could feel her warmth envelope me and fill the empty parts. After experiencing this the first time, I was completely drawn to her. A cold, lonely moth, bitter with darkness attracted to a fire blazing within the loveliest shell. As her glow reached me, my sinful agenda reversed causing her life to flow in utter rightness. At first, I assumed a glitch in the system, but the more company I kept with her, the better her life became.

My one job in all the realms is to spread damnation; I am failing immensely. I used to be a victorious consumer of souls, only to have my evil plight snuffed out by the existence of one human women. If the Underworld gets wind of this, they’ll chain, torture, and kill me for the rest of time. I can’t do it though. If I blackened her soul, it would surely cause a domino effect leading to my destruction. I would sooner kill every underling residing in Hell, than harm one lock on her golden head.

I can’t return home, they’ll know. I’ll be imprisoned for eternity, and she’ll be killed for her sway. I’m a man without a nation. Unless. She’ll be my nation. I’ll hold her presence, and bestow upon her the beauty of life. I’d be a ghost to her, but she would never suffer; I’d make sure. Decision made, I glimpsed at her, shocked to catch her eyes locked on me. I was confused to see the recognition light her face, and a smile brilliantly filled with happy surprise. A stunned gasp escaped my lips when her clear, soft voice reverently whispered my name. 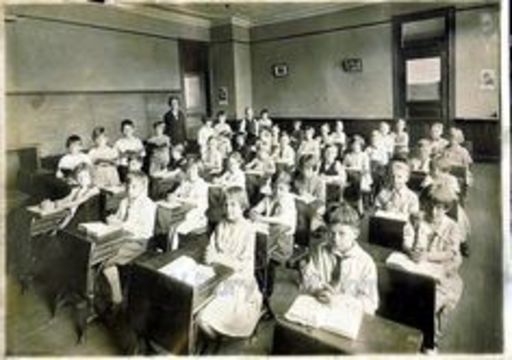 Children of the Classroom

A young teacher is having a seemingly normal day until there is a shock, leading all of her children to draw the same thing.