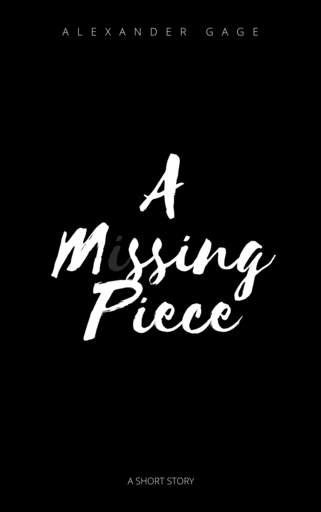 A familiar setting with familiar friends and familiar games... For now.

43 Reads
5 Favorites
Get the App

Glints of dust shone like glitter, crossing the light which streamed through the window. The warmth bathed my smiling face. I had been assured with my catching so many times before, but this time I had been clumsy, and fumbled the ball away from myself. I took my time strolling towards the bright red plaything, thrown by my friend, which had rolled beneath the chair of a young girl. She sat reading a book with a furrowed brow and made a remark towards me as I got closer, but I didn't pay much mind, my eyes focussed only on the ball. I got down on all fours, crawled, and reached my arm out to clutch it. It was mine again.

The faces around me were familiar and comfortable, each unobservant of the surrounding world, each shining clarity on their own tasks. An older man was helping piece together an incomplete puzzle with an exasperated boy, who looked close to flinging the pieces to the ground. A few calming words, and the boy was soothed, regaining his character and once again fiddling with an ill-fitting piece.

I turned back to my friend, who eagerly awaited the return of the ball. My gaze lifted from him to the doorway of the room.

The ball left my hand, dropping to the floor and bouncing away from my focus. The room around me stilled, as if in a snapshot. The smiling faces of children were frozen around me, each focussed on their own silly make-believe. Friends, each and every one, joyful and careless and free within this bright yet dimming classroom.

My gaze remained fixed. A bulking man stood in the open doorway, a hooded jacket shielding a dark shadowy figure beneath. I struggled to make out any details on the obscured area where his face should be. Who was this man? He did not fit the familiar energy, he was not known to me.

It was happening again, I realised with a great pang of sadness. Perhaps this time, I could change it.

He stepped swiftly from the doorway, outmanoeuvring the slow-motion pace of the world around me, and made his way behind my friend across the room.

I looked down. The ball I had dropped was slowly making its way towards my friend across the soft carpet, his face smiling as it rolled ever-closer to his grasp.

The hooded man strode effortlessly, reaching his hand within a pocket of his faded jeans. His eyes, red and sinister, were two bright beams from an otherwise unending dark abyss. They flashed towards mine, and set my hair on edge. This was a bad man.

I tried to scream, but the noise caught in my throat, lost in a void. I wanted to change it this time, I wanted it to turn out differently, but all my force could not produce a peep. The environment of comfort and purity had been disturbed, and the urge to stop what was happening did nothing to spur my body into action. I attempted to vault forward, to create a shield between this intrusive man and my friend, yet my body was just as stagnant as the scene around me. I looked down and saw two chubby little legs below me, and raising my hand to my face, I saw the short fingers of a toddler no more than four years old. I was trapped in the body of a child, I realised once more, helplessly. The intrusive man pulled a small bottle filled with dark liquid, which seemed to drink in the orange sunlight, from his pocket.

I was within a moment, the smiles and joy around me standing as still as a painting, innocent and hopeful and without responsibility. The older people in the room seemed undisturbed by the foreign presence, as if he were nothing more than a shadow.

My eyes did not stray from the man as he knelt down and placed his hand on the shoulder of my friend. The ball never reached his fingertips.

I stood frozen in time, my eyes unblinking, as I watched the smile leave my friend's face.

A soft breeze cooled the beads of sweat slowly making their way down my face. The dark room around me felt trapping, entangled. I threw the blankets off my body and remained still in front of my fan, thinking back on my recurring flashback.

I had collapsed in grief as the shouts of terror bellowed around me in that kindergarten room. The next thing I had memory of was a stiff hug from my father, his face relieved and troubled at the same time. I had hardly felt it.

They say shock can send you into a sense of numbness, and I learnt that much later on. People spoke to me, or at me, asking questions and trying to paint a picture of what had happened, but all I could tell them was that I saw my friend stop smiling, the liquid pouring from his hair down onto a surprised and then horrified face. It was only a few years later when I understood the gravity of what had happened, but the dreams had been with me immediately, a constant reminder of my lack of control.

I had tried to come to terms with what I had seen, and my mind was unwilling to let it go. Every night I dreamt the same dream. A nightmare.

Why hadn't I caught the ball? And why, no matter how many times I saw that scarring loss of innocence, had I not seen his face?

I never saw his face.