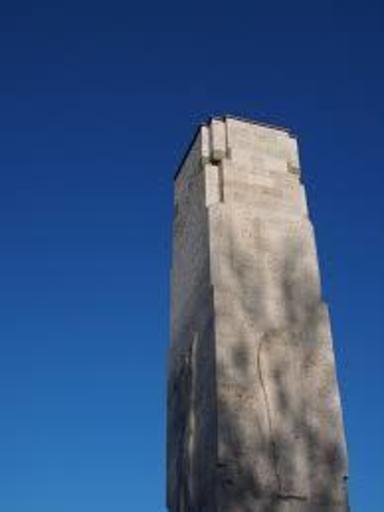 Tight Upon My Neck

60 Reads
3 Favorites
Get the App

"Though we make judgement upon you, it will be God who provides either punishment or freedom. If your heart is innocent, you have nothing to fear. We hereby sentence you to Trial by Ferro Laqueo"

The bellowing announcement rung clear, yet my head spun in confusion, and I mustered all my energy to keep from falling to the floor. Shackled, I swayed, yet was kept upright by guards on each side of me.

With a flick of the wrist, the judge had me escorted away through the crowd of revellers and to the monolithic stone structure on the far side of the public square. This would be a circus performance, it seemed, with the crowd wanting to see some sort of divine retribution for my crime.

A crime I did not commit.

There was no time to think over this though, I had done enough thinking in the cell over what felt like roughly a week of imprisonment. I was hastily escorted past the insults and occasional rock thrown in my direction, it was no secret that my guilt was regarded as truth among the citizens. We reached the small wooden door to the large, round stone tower, and the screaming of the folk was immediately silenced once the door shut behind me. One guard lit a torch, and directed me up the spiral staircase of cold black slate. The walls, that seemed to drink in and squash the light of the torch, did not scare me a slither as much as what I would face at the top, and we continued our climb in silence.

The light peered forth from the lunchtime sun as we finally reached the peak of this sadistic tower. In front of me stood a beam of wood no more than a foot across, but extending some ten metres directly out of the tower. At the end of this beam stood a vertical beam of the same width, and upon it, hung in all its finery, was the Sword of the Faithful, the hilt adorned with gold and jewels, the blade sharp as could be. The Sword of the Faithful was the proof of your innocence, all you had to do was walk across the stern plank and retrieve it. A simple task, albeit daunting with the height you stood at, well above the spectators below, but that was not the part of the trial I feared.

As I stood in the archway looking out, the guards seized my arms to keep me still, and placed upon my neck a noose that was affixed to a hook above the archway opening. If I were to fall, I would not endanger those below me, as the noose would catch me and break my neck. Guilty I would be in the eyes of God if that were the case, yet if I was innocent, I would walk across the plank with the noose around my neck, remove the divine blade from its perch, and cut the noose from my neck in victory.

I whispered a prayer and tried to keep my eyes from falling below. Though the crowd was far below me, I could still hear the taunts and jeers. The guards held me and awaited the signal from the judge below. He raised his hands to hush the crowd, and once they had silenced, he dropped his hand to signify the beginning of the trial.

I breathed deeply, but felt a shove from behind before I could compose myself. My barefoot gripped the first part of the beam much too shortly, and I stumbled forward onto a knee. Both my hands instinctively grabbed the edges of the beam, grasping with all their might to keep me from displacing my weight. A gust of wind caught me, so I remained upon my knee for a few seconds. Crawling the beam was disallowed, and any attempt to do so would have a guard poke me with a pike from the rear. Slowly, I brought myself upright again, yet the wind was tempestuous, and kept me imbalanced.

Another deep breath, and I took my first unforced step. Looking below had made me dizzy, and the crowd below were rapturous at every sway of my body. They wanted a show that I was unwilling to give to them.

Another step forward and I closed in on half way. The noose chafed against my neck, the heavy rope swaying in the wind yet growing more taut with each step.

I was only a few steps from the sword when I came to the realisation, the rope was too short, I had no way to reach my salvation. The sword remained affixed, just out of the grasp of my outstretched fingertips. I would have to arch my neck back and move my body forward, I realised.

My gaze was forced up, and I saw the vultures circling against the light blue sky, across the scorching sun bearing down upon me. Still I felt only the bare space in front of me. Stepping forward again, my weight was now shifted from my centre to just my neck and legs. A most unnatural angle as I flung a hand forward toward the blade. The tips of my fingers brushed the edge of the sword instead of the hilt, and my fingers recoiled in pain and a spray of warmth. I had to take a step back, the wind now picking up in a sadistic jest. The blood rushed from me as specks, raining lightly below.

One more step forward and again I swung my hand, this time lower, catching the hilt. The sword did not budge, as I stood in a cruel twist, one hand grasping at the hilt while my neck was pulled back by the noose.

I was doomed. A pull to retrieve the sword would send me flying backwards and off balance. I had no other choice.

I wrenched the sword with as much calculation as I could, and with my spare hand, twisted to try and catch myself upon the beam. I caught the edge, and lightly landed on my behind, sword hand outstretched to the side to balance myself. Shuffling as best I could in haste, I sat with both legs aside each side of the beam, and raising the sword I attempted to cut the rope that still rung taut behind me.

A pike stopped my blow.

"On your feet, prisoner. Prove your innocence upright."

My feet once again planted themselves flat upon the beam, my body using the noose as leverage once again moving itself to a vertical position. The pike of the guard now dug into my right shoulder, bursting through my rough tunic in sharp surprise. I could not step back, and even if I could, striking the rope when it was not taut would likely not break through, merely lurching me backwards to my demise.

I slipped the tip of the Sword of the Faithful between the chafing noose and my throat. It was unnaturally cold in contrast to the sweltering heat that had pervaded me. The sweat that had arisen from me helped slide the sword through, yet I could feel the tip near my ear. It was devilishly sharp, and again I felt the warmth of blood dripping from my body, this time behind my ear.

Sharpness on my shoulder blade, sharpness under my jaw and ear, and the sharp realisation that a single false move would send me to the void.

I thrust the blade forward, and it sliced through half of the noose. One more slice and I'd be free. I raised my might, and brought the blade down for one final effort. The noose broke free from me as my momentum took my head forwards, viewing the descent below. It was only then I noticed a large divide in the crowd, as though they'd split for someone to make their way through. The wind whipped my hair from my eyes as I attempted to spin and face the tower once again.

The judge stood in between the two guards, an undignified scowl upon his rough face. He seized a pike from the guard and thrust it towards me. The Sword of the Faithful fell from my hands, and I found myself grabbing at the edge of the pike. Pain exploded through my arms as the thick metal cut through me, and all I could do was pull.

I fell from the beam, the point of the pike in my hands, and on the other end, so too did the judge.