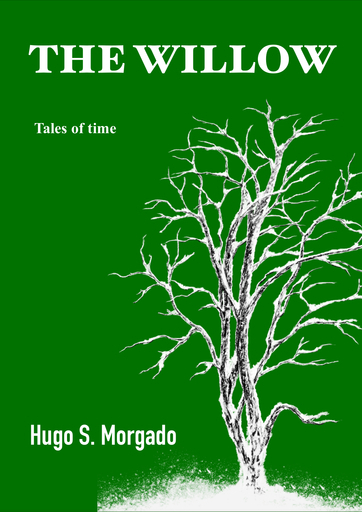 Tales about the inexorability of Time, the fourth dimension whose cradle carries everything that was, all that is, all that will be.

Once upon a time, there was a tree, more exactly, a Willow. A long crying, pending canopy, leafs touching the ground. An old leafy tree named Willow. Its rugged trunk, long carved wrinkles through its peel, above the blooded sap. Its roots always looking for hide in the bank, dirt sandy shore of the river bed. It leans softly, casting a bleak shadow above the running waters.

They cry for mercy, those roots, while digging, like a thousand fingers, for your lost body, wretched limbs, lost soul, as the Willow itself looks for your spirit, there, amidst the never ending tides, the eye lashing yellow sky, sun fueled firmament.

The Willow keeps there, it has been there for ages, carefully watching for our lives, as the tides come and go, day after day, morning before morning, nights without moon. Its leafs drop once and awhile, kissed by the wind, but it never looses them all, not until the great winter march stomps in its breath.

The Willow keeps on its feet, bold, the stream comes, the stream goes, fades away, glittering a million unsounded times. With it, the boats, wooden canoes filled with the living corpses, they float along the circling waves, swapping courses. One of them is mine, the other probably is yours, those are certainly theirs.

The ancient tree is the silent teller, leader of the self driven dreams, guardian of lost souls. There she waits, above the land, bellow the sky, side by side with the waters running through the muddy bank.

Devourer of thoughts, he was there long before time. Time is one of its many falling leafs, grayish, brown, orange, the colors of many winters that have embraced us, of so many that will come again, for us, undistinguished by the snowy seasons.

Green leafs fall, hovering on the breeze, soft, so silky it reminds one of the crackle skins of a dead beauty in white. Dead but unburied, deceased but not decaying - The roots would like to have that tissues among them - fresh soul, devourer of ‘almas’, conceiver of destinies.

Don’t be so lost, gather here, beneath the dirt, beneath the mud, between the worms. They are waiting for you to fall too, right after the summer breeze. Lets fall, altogether, as many times as we can, right into the voidless pitch that life is.

Life span its stretching downwards, in a process of auto combustion, imploding like a supernova, singularities, dark holes, where everything ends just to start again and again. Explosions pollinating the universe, drawing millions of ellipses, each one is only one of our days, too many nights ou there in the cold of the vastness dark.

Impeccable! Very well-written.
Would that be a beautiful poetic prose?

It’s a work in progress... Slowly to be revealed... Thanks!

Many monsoons have dropped and go, many tides have risen and dried in this river bed. Uncountable moons have rise and fall on the shallow horizon, that thin red line, the same line many bright suns have lived and millions of red stars have died.

The Willow its always here, there. For how long, no one knows, not even the skies, the waters, the lands or the fires. Some wanderers say it’s been here since forever, some foretellers told it’ll be there until the end of those days to come, foul days.

Who planted, who seeded him, who sculpted the distortion in its body, the despair in its arms, the sadness in its eyes? Who were they, who will be him, the long lost voyager, paddling with the bottomless barge?

Wrongful beings, oppressed in all senses, tormented existence, they all search for grace below the virgin sky, they all want to live above it, not buried in the scorched lands, hollow eyes, stained spirits, skull without skin.

By cosmos natural order, a son should never die ahead of his father, a father should never be able to know how his son has died, or when he has to forcibly die.

But, that lack of some patterns translates itself also as a natural order, the caos, the chance that brought us all here. And chance will take us throughout the thunderstorm until the very existencial flat plan. There we will transform into another vessel, or vessels, containers of the same substance that we are today, that we were yesterday, that we want to be in the future.

The main thing about life it's its pulse to kill, to inflict auto destruction. We need to have that in mind, profoundly, to know that we are a simple piece in a puzzle of extensiveness. Extermination and resurrection, buried to bloom, graveyard it's an homecoming.

Bloodless marionettes, strings cutting so deep, through the fleshless bones. Hear thy name on the shores of Time, oh hated one, hence thy son is the one who beholds your end, the one who holds your heritage in his trembling hands.

Promises. They’ve been telling high promises of a life without cross nails, free of anguish or loss, the hammers of reason. A reign of belief founded above a coal spitting forge of lies, a furnace for the hopes. As for mendacity, one is for each falling leaf, two are for a drop of water from the promised skies, tinted red blue of hope.

A father, a son. The eyes of a man, the eyes of a child. They root a relation that’s stranded by their own condition, conditioned by their own caged spirits, by the way they process time diegesis. Their memories are affected by years of experience, many, few, none, but time always prevails, as a grinder, melting the bodies and the lies, the weight of the clock-hand.

As complex creatures we live in an intricate society, also intriguing, too many shadows crawling inside, tryin to get out, millions scattered out there, trying to enter. We are the epicenter in the universe of everything that our lives want to reach, always drifting in those variable ellipses around the reason, perception, shocking against the waves of mist, tides of the unknown, ships loaded with death decaying dreams.

It’s like dying time after time, surrounded by all sides by the arms of ecstasy, uncontrolled lust. once, an orgasm was born, becomes a zygote, before was a sperm whale bathing, swimming heavily through the uterus oceans, the most incredible voyage of creation, so little it's the time, so great are the amount of things left to do, unfinished rivers.

We were created, we are creationists. We extend ourselves beyond time with things that come out of us, pouring through the blood vessels of our apex reproductive organs. We are gods, our sons our demigods, protectors of the ancestry, evolution carriers. They are the omega evolution of the human race, only to be replaced by their own genetic curse, their own unwanted children. Behold once more, for their are the paradox bringers.

As a curse, a father takes care of his beloved son to forever live in him, in his memories, but just until that son finally ceases to be. There, in his red glowing deathbed, he takes everything with him, as a pestilence, drowning all the stories, all the acts of love, of tenderness, forever and a thousand days, for them to never be lived again.

The father, a suffering beast at the brink of extinction, becomes the little bird that just came out of the egg to fall from the nest, right into the demon’s lair, spikes in the wide opened hungry jaws. And there he stays, a single cell lying in the tiles of some porch up in the hills of sadness, mountains of the cross, wood trunks of the three ascensions, waiting to reborn again, waiting to forget, aspiring to be forgotten by the unbearable truth.

Everyone thinks he is asleep, but he’s awake, trying to emerge once more, just before his son ultimately forget about all the fathers that laughed tears of joy anytime an entity bursts from its mother’s womb.

For some moments, days, years or decades, one might live through death, only to die when the last people reminding us also departs, when her brain collapses, the energy fades away, the body stops, death embraces her languishing being. There’s no upgrade, or burning rom, just the void, the nothing filled with more black matter absence.

For that, our existence is nothing but a drop of blood driven in the cosmic tissues, lost adrift, it represents not even a tiny singularity in the scale of nothingness, before the flood, or even before the darkness. Not a spark, nor an explosion impelled by static energy. Just a calm river, scrutinized by that eternal tree with dramatizing branches, pending with the weight of the lost soul without a following path.

Darkness its our ally, she’s always there for us, a mother, a sister, a grandmother. So truthful, she never lies, she can’t. Even if she could, she wouldn’t do it. She’s the emptiness, the lack of everything, the cast shadow trough the poisoned waters. Once, there was a Willow tree, then, there were us, bastard sons of a cuntless whores. 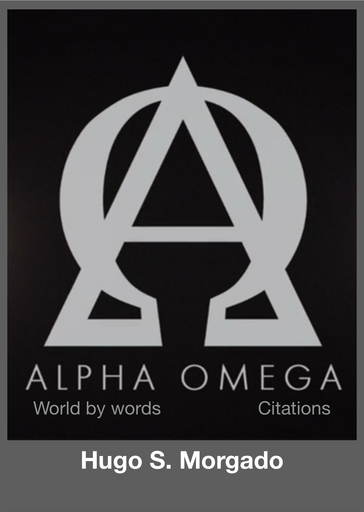 Citations about existence, religion, lies and truth. Deconstructing the axioms of life, its rules such as the ancient pillars of society and history. A never ending process. Move along, if you’re not ready to face real life. 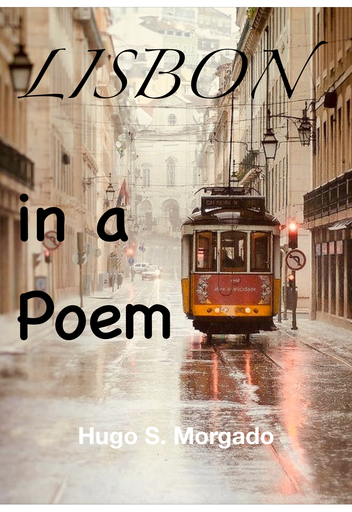 Lisbon in a Poem

A sole poem about Lisbon city throughout the past, present and future. What was of this city, what it became, what it will be! 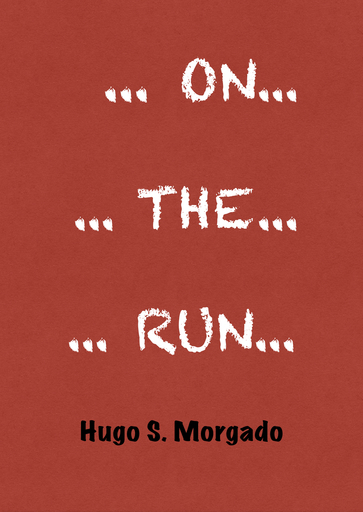 just writing the f@ck I want, no anchor for the start, no leading point for the end. Just stay for it, don't expect too many answers, or any, for I can't give them, for sure. Story is in auto combustion mode!!!