This is a warning, this is just for your entertainment and none of this is real. This is a fictional story and this is only for your own entertainment. This is how I picture this story in my head. I'm so sorry if this story gives you nightmares. After you read this story you should go watch a calm, happy and funny show or movie. I'm truly sorry if this story have gives you nightmares. Adult content to love, lust, twists and turns. Enjoy this story and I hope you tell your friends about it too. I also hope you find out what happens at the end if you don't go crazy yet.

Have you ever wonder what's in a criminal's mind? I have and that's why I became a detective, detective Barns. I have long, dark brown hair, dark brown eyes, tanned skin, 5'4 in heels but I'm actually 5'2 inches tall, and very slim. I have on a black and white button up blouse, dark black dress up pants with black two inches heels.

"Ms. Barns, I need you to interview ten of our famous killers alive. Just you and no one else. Do I make myself clear?" My boss, Claressia Jones states to me. She has long, dark brown hair, dark brown eyes, tanned skin, 6 feet tall and she have an average female body. She's wearing a dark black button up shirt, black dress up pants and black two inches heels. Why me? I'm ready to do this!

"I know and here," She hands me a little, white piece of paper that reads '116 GoldenPark Avenue'. I guess that's the address to the place I'm going to. I grab the small piece of paper out of her hands"That's the place you are going to and I wish you good luck,"
She adds and I just nod my head up and down. I don't know luck because I have this on my own. She walks away and I stop nodding my head.

I walk to my office to grab my black jacket and my voice recorded. I head out to my black Chevy that's park right outside of this tall, brown, brick building and I hop in the driver's seat. I'm speeding of like lightning just to get to this place.

Finally, I'm here. I stand in front of this tall, old, dusty, brown and white brick building. Is this the right place? I'm sure she put me in the right place. The blue and white sign in the corner of the narrow sidewalk reads 'GoldenPark Avenue'. I'm at the dark black, dusty, broken down door and it reads '116'. I bang on the broken down door and it falls. My hands pushes the door out of the way as I step into the building.

"Who are you?" A raspy, male voice asks me. I see this bold head, pale white skin, terrify dark brown eyes, 5'2 inches tall, very fat man. He's wearing white tank top, light green jacket, tanned, dress up pants and black boots. He looks me up and down waiting for explanation from me.

"Clarissa Jones had send me here to do some interviews with the ten best killers," I respond to his question so boldly. His face looks surprisingly shock and nods his head up and down.

"Oh , so...you're Natalie Barns...right?" He asks me a question again and I nods my head yes. "I'm James Dickinson and it's nice to meet you. So, here's are their files," He hands ten light yellow folders with papers in it. We walk down the narrow hallway and he opens the brown, wooden door and we step in the room. The light brown table was in the middle of the room and a bright red buzzer build in with two black chairs on each side of the table."That's the buzzer just hit push it down and call on the person. Now, if you'll excuse me I have to go work," He says as he begins to leaves and he closes the door behind him. Okay, Natalie you have this, they are in your hands now. I walk around the table and sit down. I start to organize the folders first.

Natalie, it's your mission to interview the top ten criminals that are still alive. It looks like one of the twins will be up first. I put one of my fingers on the red buzzer and speak,"Bring in Carolina Johnson please and thank you," My finger releases the buzzer.

What am I going to say to her? Oh my. I don't know what to say to her. You have this, Natalie. Just show'em who boss.

A woman with long, light brown hair, dark red eyes, and pale white skin walked in and sat down in the chair. She looked about 5'2 and has an average female body. She wearing a black dress that stopped just below her knees and black shoes to match with her dress.

Based off of her files that I've read a couple of minutes ago, she killed her mother out of anger because she didn't give her what she wanted.

"Miss Johnson, why would you killed your mother because she didn't give you what you wanted?" I asks her with my stern voice.

She looked at me angrily, but I just keep my cool.
She spoke to me with an aggressive tone.

I studied her for a few minutes. Her eyes a firey red, and her face was scrunched up with anger. I let out a huge sigh before I began to speak again.

"So, you were expressing your anger towards your mother?" I paused thinking what to say next. "Did it felt good to slit her throat while she was asleep? Or were you too weak to kill her while she was awake? I would like to know these things, so tell me your story, starting from the beginning."

She looked like she's going to kill me, but I don't care. I show no mercy, and it's to late to turn back now. Her right eye twitched, and she spoke to me, anger seeping through her voice.

"Is this a challenge Ms. Barns? Don't test me because I will make all of your worst nightmares come true. You are just lucky that I'm locked in this shithole because I would've already slit your throat just like I did to my mother, but even if I want to kill you, I can't because you are one of us." She threatened.

I gulped feeling a small layer of sweating forming on my forehead. I can't let her know that she is getting to me, so I hide it as best as I can and keep a straight face. I don't think she noticed.

"So, you really want to know what happened? Well, now you can get what you want."

My sister, Caitlin, and I were on our electronics in our shared room. Caitlin was scrolling through her fanpage about One Direction on Tumble on her new phone, the Galaxy 6S, and I was on my tablet waiting for my phone, the IPhone 5C, to charge to full battery.

I got up and went into the kitchen to cook Caitlin and I lunch because we were both hungry and the last time we ate was this morning at breakfast.

After Caitlin and I ate our lunch, Caitlin was telling me about some concert tickets she wanted so that she could see that band she obsessed about. One Direction.

She really wanted the tickets, and I was go into buy her them. The only problem was that the concert was in Florida, and we live in New Jersey. I figured that if I used the money that I saved up from work, I would have enough money to buy the tickets for the concert along with two planes tickets to get to Florida and a little extra bit money so that we could stay in a hotel for the night, buy some merchandise for Caitlin and have enough to get two more plane tickets to get back to New Jersey. The only we had to do was ask our mother for permission.

We got up and walked to the living room to see our mom watching reality TV.

"Mom, could we go to Florida to see a One Direction concert next Saturday? I already have this planned out, so you don't have to pay for anything, and We'll be back by Sunday night."

She ending up saying no, and we got into a big argument after Caitlin went back to our room crying. I walked in soon after Caitlin left and slammed the door shut making sure our mom knew how angry I was.

I already planned out how Caitlin and I were going to go to that concert without anyone telling us no. I was going to have to kill our mother.

Caitlin was out with our dad,and our mom was taking her daily nap. I walked out of my room and into the kitchen and grabbed a knife. I quietly tip toed to my mom's room and opened the door slowly and carefully as if any little sound could wake her up and ruin my plan.

I carefully walked over to her beside and hovered over her sleeping figure. I put the knife up to her neck and pushed it against her slightly but deep enough to cut her throat open.

My mother's eyes shot open quick, and hands went to her neck gasping to breath. She looked at me begging with her panicked eyes for me to help her. I did nothing but stand there watching her slowly bleed out and soon let out her last breath.

"There you have it. You heard what you wanted to hear." Carolina finished her story.

I recorded everything she said and was just in shock. How could she kill her own mother so easily?

"Do you have anything else you'd like to ask me?" She asked me.

I thought about and shook my head.

"No, Miss Johnson. Thank you. Um, just do me one more favor, will ya? Could you bring in your sister?" 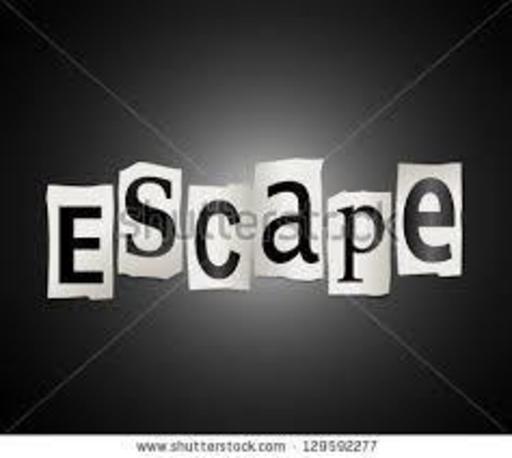