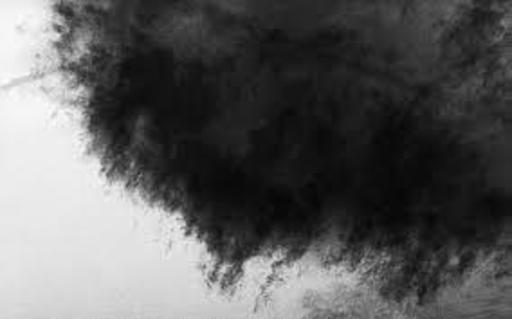 This story is a collection of scary stories, poetry, and speeches. Warning! Mature content

20 Reads
1 Favorite
Get the App

The sky is dark and dull, but the morning is already rising. Perhaps the grey clouds block the sun? I'm not sure why this world seems so boring; so heartbroken. Perhaps it's because of the darkened acidic rain that pours from above every night, maybe it's because of the constant touch of shattered glass and sharp metal that people must bear in the soles of their feet, or it could be just the layers of ash and bone scattered around everywhere you look. I don't know, but those are some good possibilities.

Very few even know what happened to this littered world. Those who even know hide and isolate themselves, refusing to talk or see anyone. It's as if they just want to curl up in a ball and rot away. I certainly don't blame them. Whatever made this world like the way it is, it had to have been traumatizing. I've heard that the world was once so beautiful and peaceful, but then again there are some who believe it has always been like this. I certainly don't have an answer nor do I really care. I just wanna survive.

I was somehow brought into this world without explanation and now I seek and search for survival. Many feel this way too. The only problem is that the tribes like to conflict and battle for dominance. I think it's because of some dispute or petty argument. I only know a few but I'm sure there are more.

The three I'm aware of are the Hachi-Oni, the Demonios Relámpagos, and the Cendres Cendrées. Most of us choose to stay neutral. It's not a bad idea but whenever two of the three tribes come to battle near us, the victor tends to take and force others into their tribe. Not sure why but it is what it is. I have considered my options before and have considered going out to find other tribes without conflict, but that is slim to none. But even if I were to refuse, its not like they would allow me to walk away. Tribes tend to kill those who don't join. Thats why I hide in tunnels from underground.

There is very little food each day. Folks have to journey far and wide just to find decent scraps of food. The water? Don't get me started. Its stained dark brown, tastes terrible, and makes me spit up a red liquid. I think the only reason I've managed to lived was from killing and eating things called rats. They're these big things that are back and fuzzy, but not very friendly and will eat of off whatever corpse they can get.

I've seen many disturbing things. Things that keep me up all night. I watched people kill each other over food and land, I watched a man have his ribs torn from his chest while still breathing after being mercilessly beaten black and blue. He was even touched by hot metal. I still remember this screams. I watched the rats eat his corpse after his head was split in half and left as a display on the land.

I even watched a woman take her own life. I knew her well too. She was a nice woman, very sweet and protective over me; As I was with her. She meant a lot to me....And she left me. She gasped her wrists open with glass. I know this cause I found her hiding while doing so. When I confronted her she had tears streaming from her dirty face and spoke to me the two words that haunt me the most.

After those two words she jammed the glass into her throat as red splattered everywhere and onto me. I never washed the blood off; its still on me too. On my face and chest. But then again, after that day I never really looked at myself again.

I never understood why she died. I never knew why she left me by myself. But I forgive her, I really do. It's her sweet warm voice that whispers to me in my sleep makes it impossible to hold hate onto her. She always called me her blooming rose.

But to me, I'm a rose stained by red and black.

A teenager desires the arrival of an old paranormal friend. He writes this journal entry in hopes of one day this creature finds it and reads it.