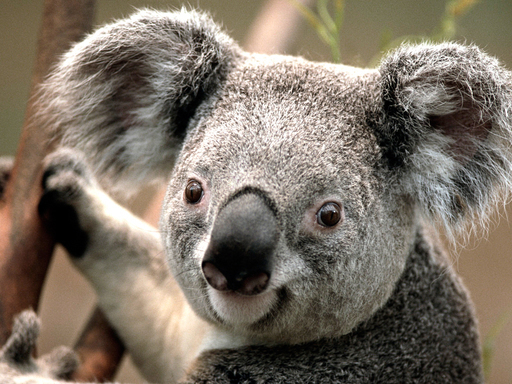 A Trip around the world.

40 Reads
1 Favorite
Get the App

Everywhere you go, every step you take, I’ll be watching you. There’s nowhere to run or hide, what’s yours is mine. Go to the police and you are dead. I’ll see you there, I’ll see you everywhere.

Jerry was beside himself with anticipation, his long awaited world trip was nearing. His bags were packed and his son Adrian was full of energy, knowing something great was about to occur. Kayla packed their bags with military precision and obsessively made sure she had not forgotten anything, Bangkok was a long way away and she would worry about them if one thing was out of place. She was always super organised, jerry loved that about her, she would be missed.

They sped out to the airport in her mg convertible, the wind in their hair, not a care in the world except each other and their beloved 6 year old son. Kayla had been struck down with illness and jerry helped to raise their son. It had put a strain in their relations at first, yet they had all adapted and felt lucky to have each other, Tragedy changes you, makes you think and see the world and life differently. They felt blessed.

Upon arriving at the airport Jerry noticed the dark stranger with the long overcoat peering around the corner. He recognised the man, he’d seen him before, it unsettled him. It’ no good letting a couple of guy’s obviously with nothing better to do ruin my life or interrupt me, he’d given up phoning the police, just ignore it he thought. He had seen the man watching, just watching. He’d be in a foreign land soon enough. Peace he sighed to himself.

Detective Web, the man who had taken up the stalking case recently had some new leads, no need to alarm. He was a considerate man, not brutal and desensitised like some. He didn’t have time to drive to the airport, best not to worry or distress Kayla, he knew of her illness and jerry had asked for matters to be kept confidential so as not to worry his childrens mother. Jerry had no idea of recent advances in the case, but web was quietly concerned, he didn’t want this to become a homicide.Web, the best in the business, he only hoped he was wrong, yet rarely was he.

Kayla kissed her ex-husband good-bye and handed over her sons bags with so much love and tenderness. She wished her health had not failed her, she wanted to go to. Jerry waved good-bye and disappeared down the aisle.

Kayla was house sitting while they were away and treasured her sons teddys and toys, as she sank into his couch and watched the cinema style entertainment system, she was easy to contact in case they needed her to be there, she would find strength and hoped her son would learn some Asian languages while abroad.with australias growing relationship with Asia, she thought the trip a great opportunity for her son.Maybe Adrian could even go to a local school for a time, Jerry had thought it sounded great and would look into it he assured her. She would miss them dearly.The good-byes were hard, but not forever she thought.

Jerry phoned every day, they had remained close and he wished she was there. She was out the back in the courtyard of the townhouse when the phone rang.It was Jerry on the other end of the line and he said””Hello Kayla, I have some news”.”What is it” she sounded worried.”I’ve met someone and I’m not coming back.”Jerry didn’t even sound apologetic, her heart skipped a beat, it was every mother’s worse nightmare.Jerry was entitled to repartner, but she didn’t think it would be this soon or with-out warning and tying up lose ends in Australia.She was bereft with emotion and running on pure exhaustion. What was her name, would she ever see them again? She went to bed and tried to rest, she was too frail for the fall. She would just keep him on the phone for the sake of her son.It was all so sudden.rest she thought ,just rest.

Samniang loved jerry.she was a traditional Thai woman and doted on their son. Everything was a warm glow as things are in new relationships, Jerry was in love. As guilty as he felt, at least she was in good health.he felt terrible for feeling this way, yet he could not help it. This is what he missed, he just couldn’t resist.

Samniang and Jerry were out eating in the busy and bustling streets of Bangkok.all of a sudden jerry started to feel unwell. He thought it would pass so he ignored it. They went back to their hotel room and Samniang went out to get some fresh air and go for a walk.Upon her return jerry was nowhere to be seen. A note was on the bed saying that he’d gone to hospital . samniang rushed to the hospital and asked the lady at reception if she’d seen jerry and if he had been admitted. She wanted to know if he was alright,”Excuse me, my partner Jerry came in with a stomach bug, is he here/””yes , she said i admitted him an hour ago,I’ll just check how things are for you.”Thank-you”she said in relief.A few minutes later she arrived back and said he’d already checked out. She rang the hotel and it didn’t answer. She went to check the markets which they frequented and loved.Still no sign.Hours passed and they were nowhere to be seen, She hoped Adrian had eaten dinner, she worried about him as well.She asked at reception and they were nowhere , disappeared without a trace. Tears streamed down her face, had he had second thoughts, got homesick, she was in shock, they had been so happy.

Jerries phone calls became increasingly more bazaar. Kayla tried not to let her mind astrsay from reality and keep her feet on the ground. As the months went on she received the occasional phone call from Asia.Jerrry gave no fixed address and said he was on a farm near the Laos border in the Thai countryside. She kept her child’s room filled with toys and belongings, memorabilia for her to comfort the grief. It reminded her of her son and she often lay holding one of his soft toys.. she did not know of jerries disappearance and sat waiting for his calls. She imagined he was in love and too busy to phone .Ignorance was blissful for her, it saved her the worry.

Two men meet at a political function and fall in love elope to the States to marry as illegal in Australia melbourne. A man and woman fall in love in New York city