Stock brokers living in a time of immense regulation, and the families along with them.

"Markets go down, markets go up!" Exclaims Aiden as he starts the market opening in a stock brokering firm. He runs the technical Helpdesk responsible for incident management and bug management.

His silent phone buzzes on the table, like an invisible bee hammering the phone to move it off the table. Aiden picks up the phone automatically commenting "what the fuck do you want now?"

Answering the call : "Hey mate, how's it going? Have a good weekend?

Right! You should go to the news agency, buy a get well card for him, and write 'hope you're feeling better now after the surgery to remove the cork out of you're a... '

Ah right, I see so it's not his fault then. Ok sure, just use the card for Abbott then.

Turning around he yells, "Hey you!"

The office turns around looking at Aiden, clearing his throat " I meant Youske. Raise a Sev 2 incident. Get onto the engineers and see why customers are saying they can't place a trade."

Youske, a senior technical analyst, turns around to face his boss. "Done, they're onto it, looks like a failed connection to the ASX, CHI-X works. Hey Beyoncé..." Turing round to his colleague Benny Ong aka Beyoncé

Speaking at lightning speed and clarity, Beyoncé fires back. "Anonymous targeted the ASX last week because they refuse to punish BHP for flooding an entire village."

"Really? Our servers plug straight into the ASX with fibre. Hackers can't touch that. All they do is ddos the website." Aiden replies.

Youske focused at the task at hand looks around for clues to the cause. The date is 1st of October.

Youske slams his mice down and pulls up his phone and calls directly to the engineers. "Hey, it's me. It's 1st of October. How can one check if the SSL certificates are valid on the ASX?

Ok, yeh no probs. Right so there's logs but the logs are so filled with garbage that most of the time it's useless.

Yep. Yeh control F it thanks."

Aiden turns around in his seat. "Control F* it? You, this is what happens when you keep saying F to replace Fuck. You should let it out and just say Fuck it."

Youske mutes his phone peering to Aiden then unmutes moments later thinking he heard something.

Ok. So confirmed, ASX forgot to renew their SSL certificates. Right that sucks, but at least we know we're not the only one. "

Aiden over hearing that conversation "the fuckers didn't think through when they downsized their IT team to upsize their marketing that shit like this wouldn't happen."

Youske switches phones to the desk phone and calls directly to the ASX support team. No one answers.

"Damn it, I hate doing this." Pulling out his mobile he calls Dan, former IT employee of the ASX "Hey Dan, it's me... You.

Yeh not bad, things are ok. They should bring you back because right now no one is connecting to the ASX.

Yep, yep... Yeh done all those steps. We've figured it out actually, they didn't renew the SSL. Yeh it's kinda bad at the moment. We're sending  orders to CHI-x....

What? Hahaha... No, I assure you I have no connection to Nomura.

Hey I didn't leave Japan to work for a Japanese company.

Yeh Aiden still around, making sure we don't end up like ASX. Hey I'll catch up with you later, but can you send me the contacts ?

Going to make a few calls."

"You" Aiden yells "where are we at with this problem?"

"Can't get through to anybody. It's insane. What is everyone doing right now?

Screw it, I'll call the man himself" replies Youske.

Aiden walks to the kitchen to make his cheese toasty, across the kitchen a wall mounted flat screen tv with the CEO addressing the media regarding the BHP flood scandal.

"Dear all, on the day the Dam broke in South America, my heart sank. Like the public in general, I too was outraged and saddened by the loss of lives. However strong we all feel, we must realise and respect local authority. BHP has assured us they are doing everything in their power to remediate. And they have done so.

However there is a conspiracy that the ASX was involved in threatening other mining stocks to force their government to drop charges. This is not true and we take threats from the anonymous community very seriously.

We have the best engineers and programmers and can assure you our investment in our systems is second to none in Australia.

I'm joined with my colleagues here as I have my utmost faith in...."

"Apologies, let me divert that." Smiling back to the crowd. "As I was saying..." The phone rings again.

"Sorry, let me just pick this up on live television as no one normally does.

Good afternoon. Who am I speaking to and how did you get this number?

Right ok, so your name is Yous, like the Yous in bogan town. So how...

Wait what? Can't connect? Why?

The CEO directs his Chief Information Officer out of the meeting hall with his finger pointing at him them pointing him to the exit.

Facing the cameras with a sad face and ending the call.

"It's a sad day. We've just carpet bombed by anonymous. Thankfully no private  information was stolen. But I really hope anonymous or online bullies can look at the mums and dads who are investors, and apologise because they are the true victims today. I hope you feel good knowing that!"

Aiden walks back to his desk sipping tea and chewing on his toastie. Watching Youske work like business as usual.

Pausing for a few moments.

"Nah never mind. Good job by the way." Aiden replying back with a smile.

"Oh for fuck sake" exclaims Aiden "Stupid journos, when will they ever get things right?"

"Not oil prices Caltex. The headline, it's crack not hack. Hacking means you stitch or make something, like a fucking prototype. I'm going to start a charity that donates dictionaries to journos and call it dicts without borders." Replies Aiden.

"Right, let's talk about something that won't involve HR. Yesterday everyone was told it's a cert problem on the ASX. But they experienced a hack..."

"Whatever. Any reason why we can't tell if there was a hack?" Asks Caltex.

"There wasn't a crack..." Answers Aiden.

Aiden visibly gives up "there was no hack. It's 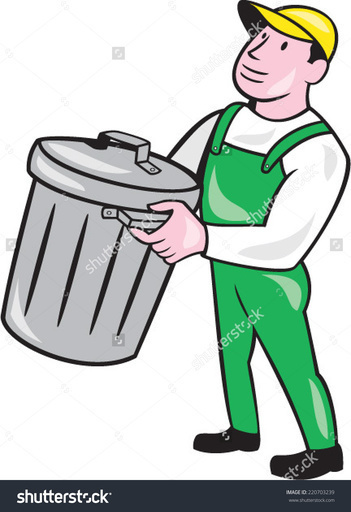 Marc's is a gym junking Uni student with a part time job as a garbage collector. After his room mate Jay finds a new job, he ends up dead. Now Marc and his closest friend Amber are looking for answers...