Tablo Tales is our dedicated literary imprint that offers traditional representation to our extraordinary authors.

For any enquiries about Tablo Tales please get in touch with Jemma Birrell. 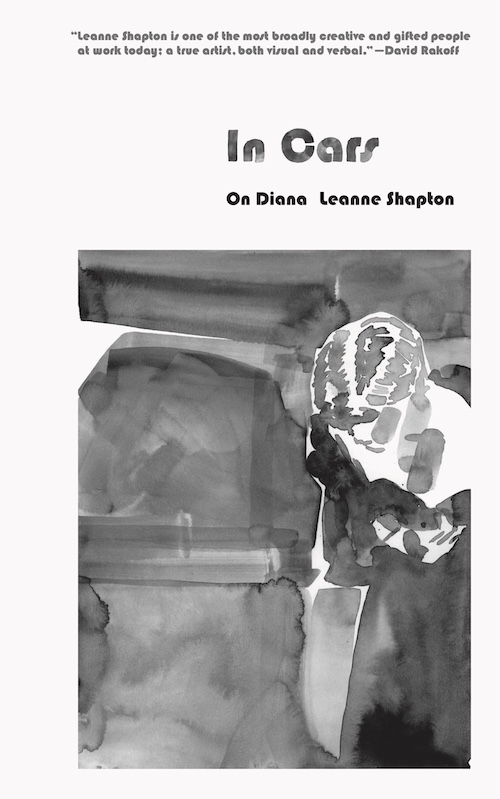 A visual essay, a poem, a study of Princess Diana, image, celebrity and identity.

In Cars: On Diana

“A strange and evocative poem, nesting in a sequence of paintings, both the art and the words examining Diana having her photograph taken getting out of cars — each path taking us inevitably to the final car ride. Like a gentler, kinder, J. G. Ballard, Leanne takes us on a journey into cars and iconography and the spirit of ecstasy.” Neil Gaiman

Artist and writer Leanne Shapton has painted Princess Diana from the hundreds of photographs of her getting out of cars, examining her iconography and meaning in gesture and form.

In Cars: On Diana is about photography, celebrity, identity, facsimile, and where to hold the beheld. It is also an obsessive and loving collection of studies, abstracted and haunting.

“Leanne Shapton is one of the most broadly creative and gifted people at work today; a true artist, both visual and verbal.” David Rakoff

“Shapton is a wonder. By restricting herself to the narrowest of subject matters she has made something utterly new. Her essay-poem on Diana and cars is as elegant and resonant as her pictures. A fascinating, remarkable, beautiful book.” Nick Laird

“Through murk and blur, Shapton sucks the color from the too-familiar shapes and surfaces photographic images yield. She amplifies the overexposed surfaces we use to claim ownership of self and others; embedding us in photography’s vanishing games.” Taryn Simon

“In Cars is both a silent movie/flipbook and an essay/poem. Its major theme is Diana, but it identifies something specific and uncanny and universal: the pathos of glamour the lack of sovereignty that’s encoded in our paparazzi images of celebrity women.” Adam Thirlwell

Published in Australia from April 2022 and distributed by New South Books.
Publication dates in other countries will be announced soon. 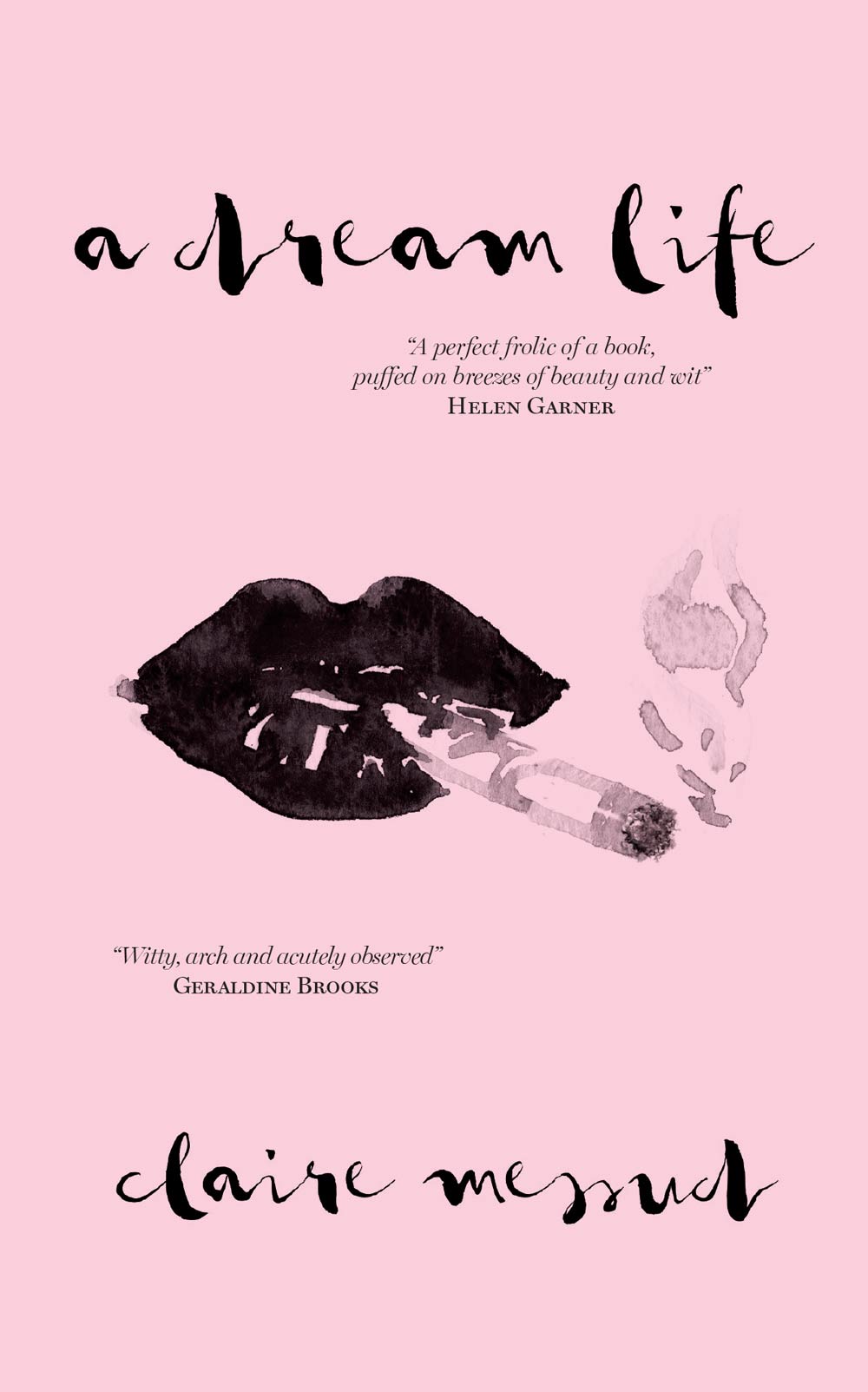 “A perfect frolic of a book, puffed on breezes of beauty and wit: it waltzes you through a little fear, a little darkness, and tips you out, refreshed and laughing, into the sun.” Helen Garner

When the Armstrong family moves from New York at the dawn of the 1970s, Australia feels, to Alice Armstrong, like the end of the earth. Residing in a grand manor on the glittering Sydney Harbour, her family finds their life has turned upside down. As she navigates this strange new world, Alice must weave an existence from its shimmering mirage.

Lies and self-deception are at the heart of this keenly observed story. This is a sharp, biting and playful tale with a cast of unscrupulous characters adrift in a dream life of their own making.

Written with the characteristic delicacy of touch, humour and emotional insight that makes Claire Messud one of our greatest writers.

"the writing is crisp...and so is Messud’s attention to detail. This is worth savoring" Publishers Weekly

"This strangely charming novella has about it a whiff of Madeleine St John’s The Women in Black and, further back and fainter, the Katherine Mansfield stories set in New Zealand. In each case the focus is on family and class dynamics and the style and point of view are sweet and sharp by turns, like a Granny Smith apple.” Sydney Morning Herald

“A novelist of unnerving talent.” The New York Times

“[Claire Messud is] among our greatest contemporary writers.” The New Yorker 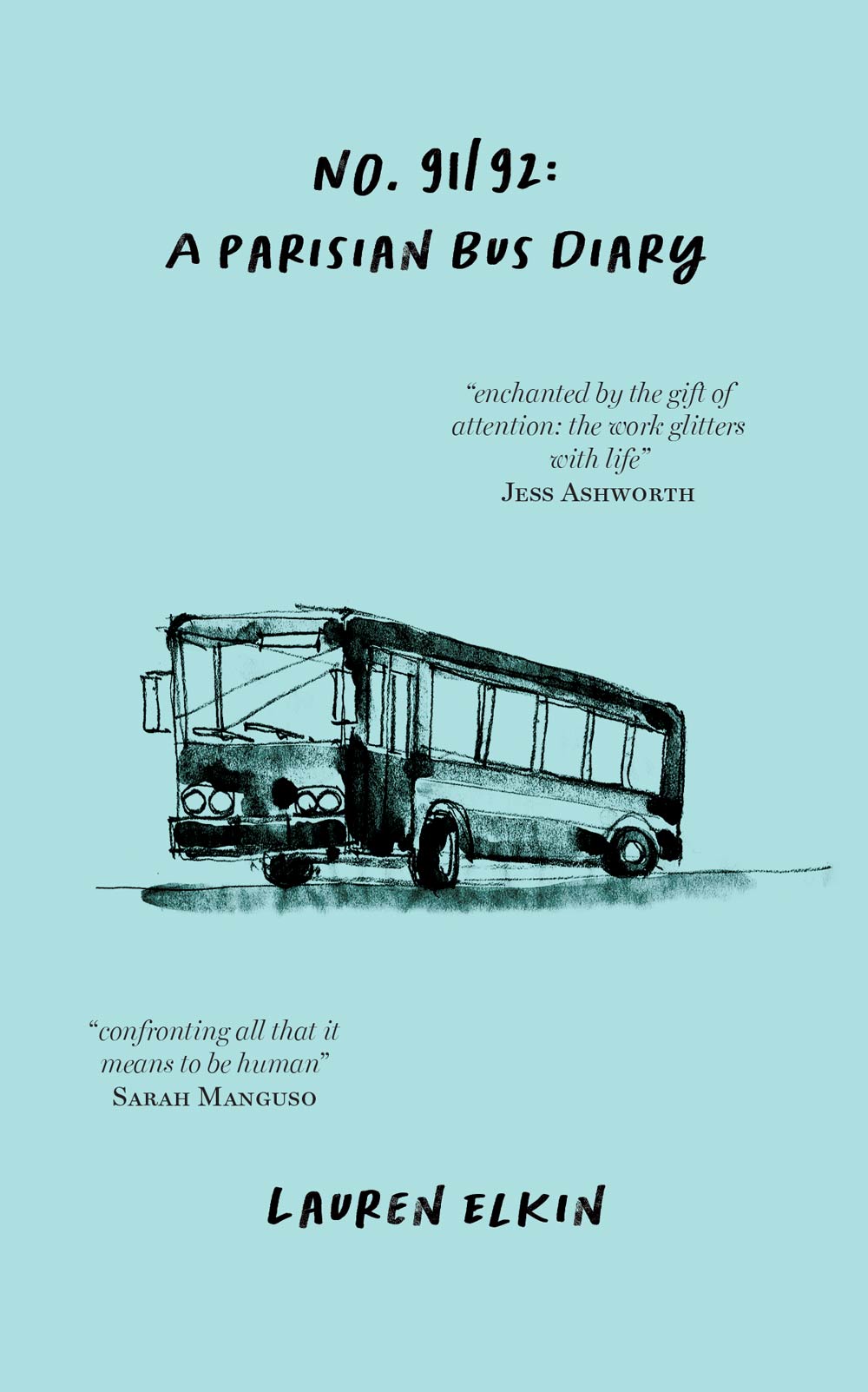 A love letter to Paris. A meditation on community and the beauty of observing others.

Your telephone is precious. It may be envied. We recommend vigilance when using it in public. — Paris bus public notice

In Autumn 2014 Lauren Elkin began keeping a diary of her bus commutes in the Notes app on her iPhone 5c, using it to take in the world around her. During that year, the Charlie Hebdo attacks occurred and Lauren had an ectopic pregnancy, requiring emergency surgery. At that point, her diary of dailiness became a study of how we digest major events personally and collectively as a city, observed from the height of the bus.

No. 91/92 is a love letter to Paris and a meditation on how it has changed in the two decades the author has lived there. It’s a celebration of community and a time when we could all observe each other in our fleshy up-closeness.

“Lauren Elkin’s commuter buses comprise a world where all existential concerns are present — the embodied self, the individual in society, and the bond of casual community … confronting all that it means to be human.” Sarah Manguso

“This is poetry in motion, the ordinary made extraordinary through Elkin’s practice of noticing … a chapbook for something holy” Ceridwen Dovey

“I absolutely love this book, each page radiates a heightened attunement to the city.” Laura Grace Ford 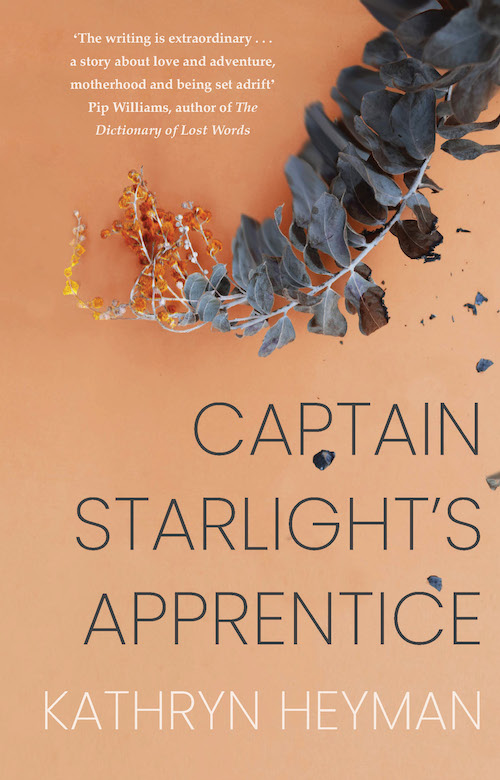 Inspired by the life of one of the last Australian bushrangers, Kathryn Heyman’s Odyssean tale celebrates the magnificent imaginative power of the human spirit. A new edition of this classic novel.

“The writing is extraordinary…a story about love and adventure, motherhood and being set adrift” Pip Williams, author of The Dictionary of Lost Words

Jess is a stunt-rider who can outride any man. In the early days of film she finds her calling, playing wild outlaw women who answer to no-one, until an enormous betrayal leads her closer to the outlaw life than she had ever imagined.

A generation later, Rose, heavily pregnant, migrates to Australia. But the new country is not all that she had hoped and neither is motherhood. Very quickly, she finds herself estranged from those she loves, incarcerated and terrified. Jess's story will save her life.

“An imaginative gusto that echoes the great Angela Carter...Delightful.” The Times

“There is warmth, humour and compassion, and a resolution that’s nothing short of inspiring. Brilliantly original...this ranks up there with Kate Grenville or Peter Carey.” The Bulletin

More authors to be announced soon.

Looking for inspiration? Try our author interview series, The Secret Life of Writers, on your favourite podcast app.

The Secret Life of Writers is a series of rambling conversations with some of the world’s most interesting and visionary writers and creative icons about how they got where they are, what they’re working on now, and how they balance art and life. These warm and personal interviews take you behind-the-scenes of the writing world. Hosted by Jemma Birrell, formerly of the Sydney Writers' Festival and Shakespeare & Company in Paris, and now the Creative Director at Tablo. Subscribe to hear a new episode (released on a Thursday every few weeks).

Listen on iTunes Listen on Spotify

Our goal is to build the most author-friendly book publishing experience in the industry.

Publish a Book with Tablo today.

We care deeply about creating the best possible self-publishing experience for authors — one that's simple, enjoyable, bares no gatekeepers, and lets you publish globally with the fairest possible terms. More than 100,000 authors, from debut writers to bestsellers, love using Tablo to publish their books. We hope you do too.

Tablo is a platform for publishing real books, to every bookshop in the world. We're a small team of book-lovers based in Melbourne, Australia, who are working to reinvent the publishing industry.